A set of authentic dueling pistols is the perfect gift for any firearms or historical artifacts collector who appreciates the history behind the gun. The tradition of dueling was established in the 17th and 18th centuries, and, for most of that time, duels were fought with swords – not guns. But, by the late 18th-century, dueling pistols had replaced swords, marking the beginning of the end for honor-based dueling.

Learn everything you need to know about dueling pistols. Discover the history behind these antique firearms, as well as the stories behind them. And, find out how to buy an antique dueling pistol set to add to your personal firearms collection.

The Collectors Guide to Dueling Pistols: What, Why, and Where You Buy

Dueling pistols are the final iteration of weaponry used in the history of dueling. Dueling, as a means of settling disagreements, no longer exists in a civilized society. But, in the late 18th century, pistols were the newly-established standard for any man engaging in such.

In the olden days’ – a duel is an engagement of combat between two men, using equally-matched weaponry to settle a dispute of honor. Or, put more simply, a duel served as an honor-keeping measure, to force someone to put their money where their mouth is (so to speak). Contrary to what you might think, duels were not usually fought with the intent to kill.

Where Does ‘Dueling’ Come From and What is the Purpose?

You might be wondering, “why would someone shoot a gun at another individual if they do not intend to kill?” After all – one of the 4 rules of gun safety clearly says, don’t point the gun at anything you don’t intend to destroy. But, in the late-18th and early-19th-centuries, pistols were not nearly as accurate or effective of a weapon as modern-day pistols. 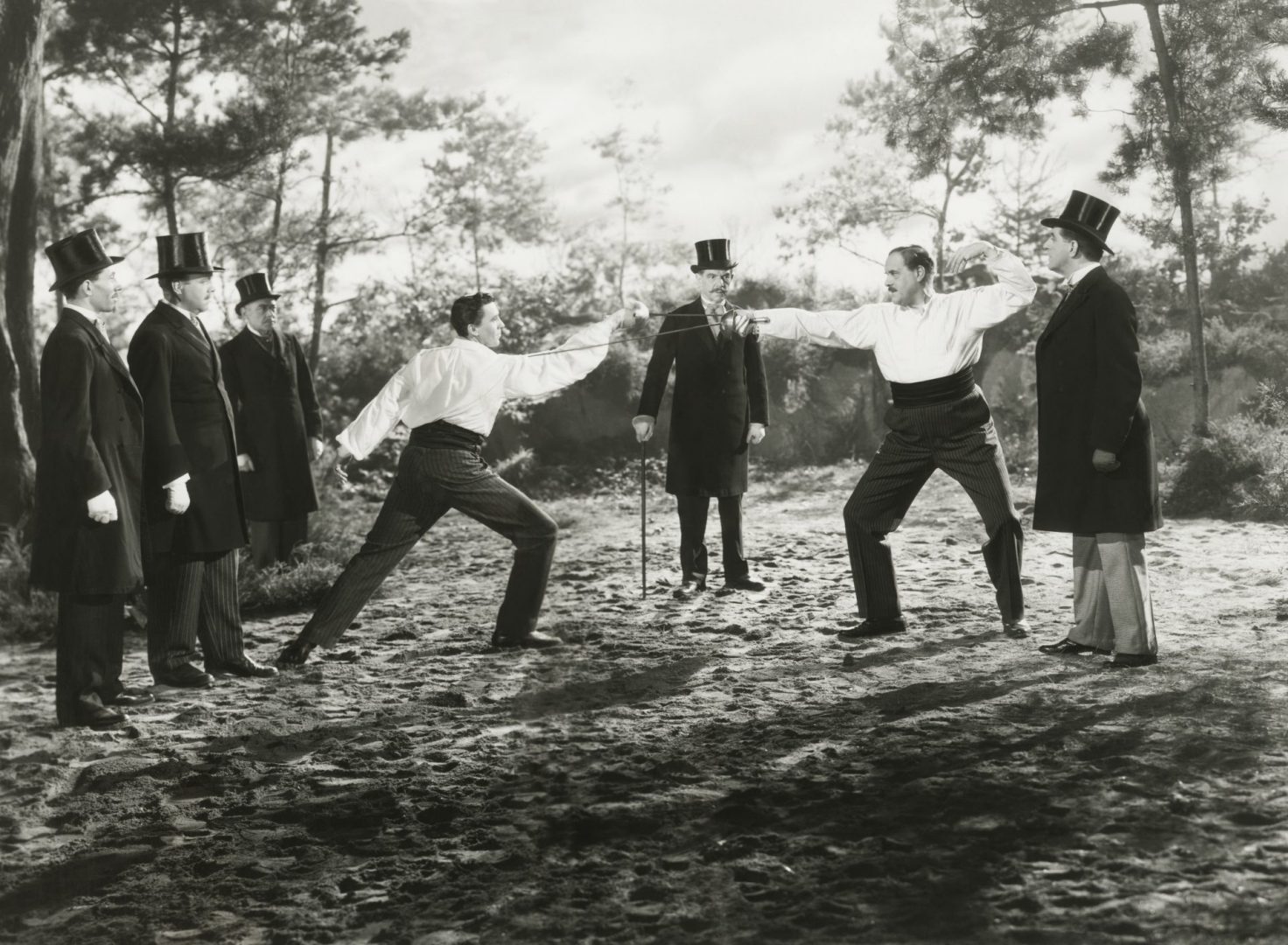 For many years, the weapon of choice for duels was a sword – which rarely ended in fatal wounds. Muzzleloader pistols, like dueling pistols, were arguably less-lethal of a weapon than a sword. But, around the turn of the 18th Century, rapid improvements in firearm designs and manufacturing technologies rendered the pistol too-lethal, signaling the death-toll to ‘dueling’ as a socially acceptable means of settling disputes of honor.

Anyone who appreciates American history is familiar with the infamous duel between Alexander Hamilton and Arron Burr in 1804. The geo-political history aside – the most interesting aspect of this historic duel is, not the men – but the pistols. The same set of dueling pistols used in Hamiltons and Burr’s 1904 duel were likely used just 3 years earlier in the duel that killed Hamilton’s son. And – the same set used in the 1799 duel between Burr and John Barker Church.

The Most Famous Set of Dueling Pistols – Wogdon & Barton

Until the building’s demolition in 2019, you could view the most famous set of dueling pistols in history on display at the former JPMorgan Chase Tower, at 270 Park Avenue, NY, New York. Chase Manhattan Bank acquired the pistols in 1930, and they now reside at the National Postal Museum. Unlike any sword, these pistols were unique in that they are designed with an optional hair-trigger function. 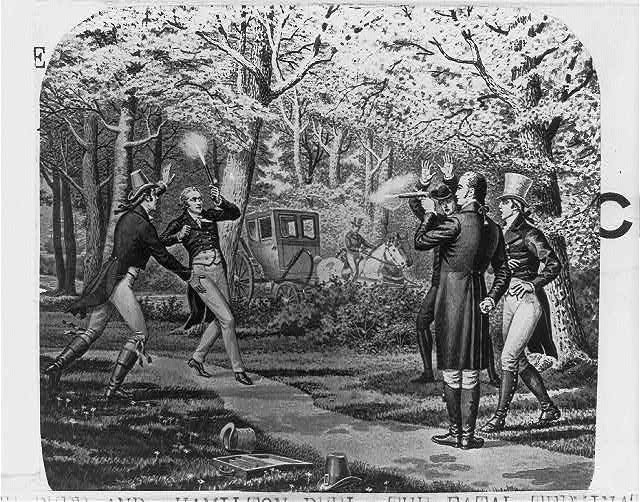 During the famous duel between Hamilton and Burr, it is reported that Hamilton knew of the hair-trigger function, but opted against its use. However, historians believe that Burr did use the hair-trigger which likely resulted in his ability to get his shot off before Hamilton. This type of subjective advantage is inherently against the rules of a duel, seeing as equally matched swords have no such mechanical dynamism.

Where Did Dueling Pistols Go?

In the history of dueling as a tradition, pistols were the most advanced, as well as the final weapon implemented. After all, dueling was not traditionally a means by which to murder someone. It was a way to hold a man’s word to the constitution of their convictions. As soon as firearms became efficient enough killing-machines, dueling with pistols stopped being an honorable and civilized way of settling disputes.

As flintlock firearms evolved into percussion locks, and further to cartridge-fire – the effectiveness of firearms overtook that of traditional weaponry. Today, a dueling pistol set isn’t any good for dueling, but they are great fun to shoot. These pistol sets often come in a custom-made wooden box with velvet lining that can date back hundreds of years.

What is a Flintlock Pistol? The History and Mechanics of Muzzleloaders
Read More
Stay Up To Date!Get notifications and news direct from Connecticut Firearms Auction