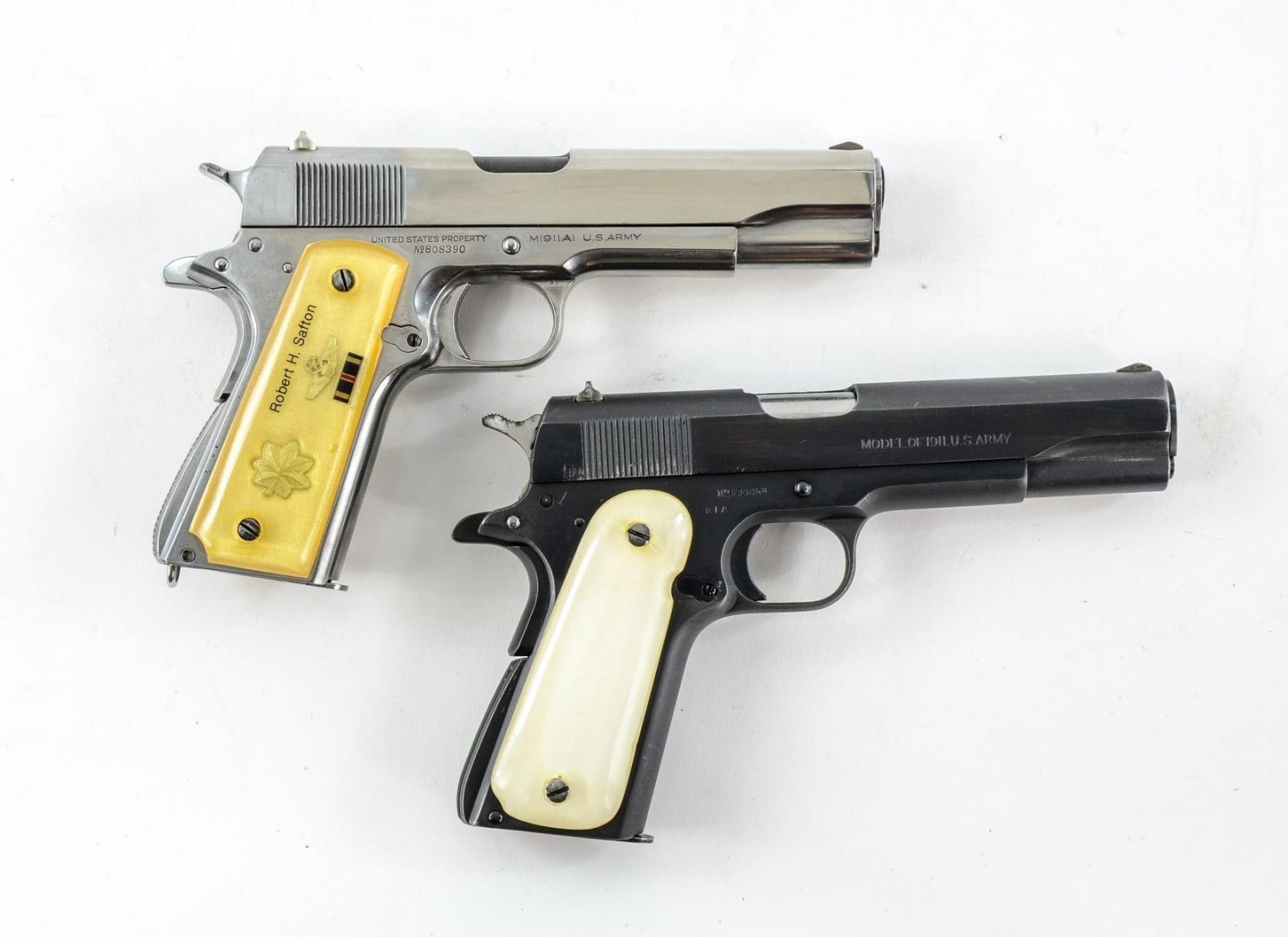 The following letter was written by LtCol. Safton’s son who delivered these two guns to us personally: “The two military issued 45’s were owned by my father LTC Robert Safton. He flew combat missions across the “Hump” in WWII. The hump is China, Burma, & India. He was a decorated command pilot earning an Air Medal & Distinguished Flying Cross from U.S.A.F The Blue 45 was his service issued weapon. The gun was carried over the course of his 16yr active duty career. The chrome was used as an officers dress gun & worn as a sidearm for events. Overall, Col Safton served for 28 years. <signed> Richard Safton, Son”

Colt 1911 mfg in 1917 (double war gun) shows some repairs and customization. The takedown lever is newer, front sight has been replaced, ejector rod is newer, and trigger is not original. The finish is a mottled cross between re-bluing and parkerized. The grips are clear plastic like material. This gun saw years of service by a dedicated soldier and it shows. “RIA” inspection stamp. Colt two line patent and address are prominent but the rampant colt logo is faint. “UNITED STATES PROPERTY” is faint. Good overall condition. 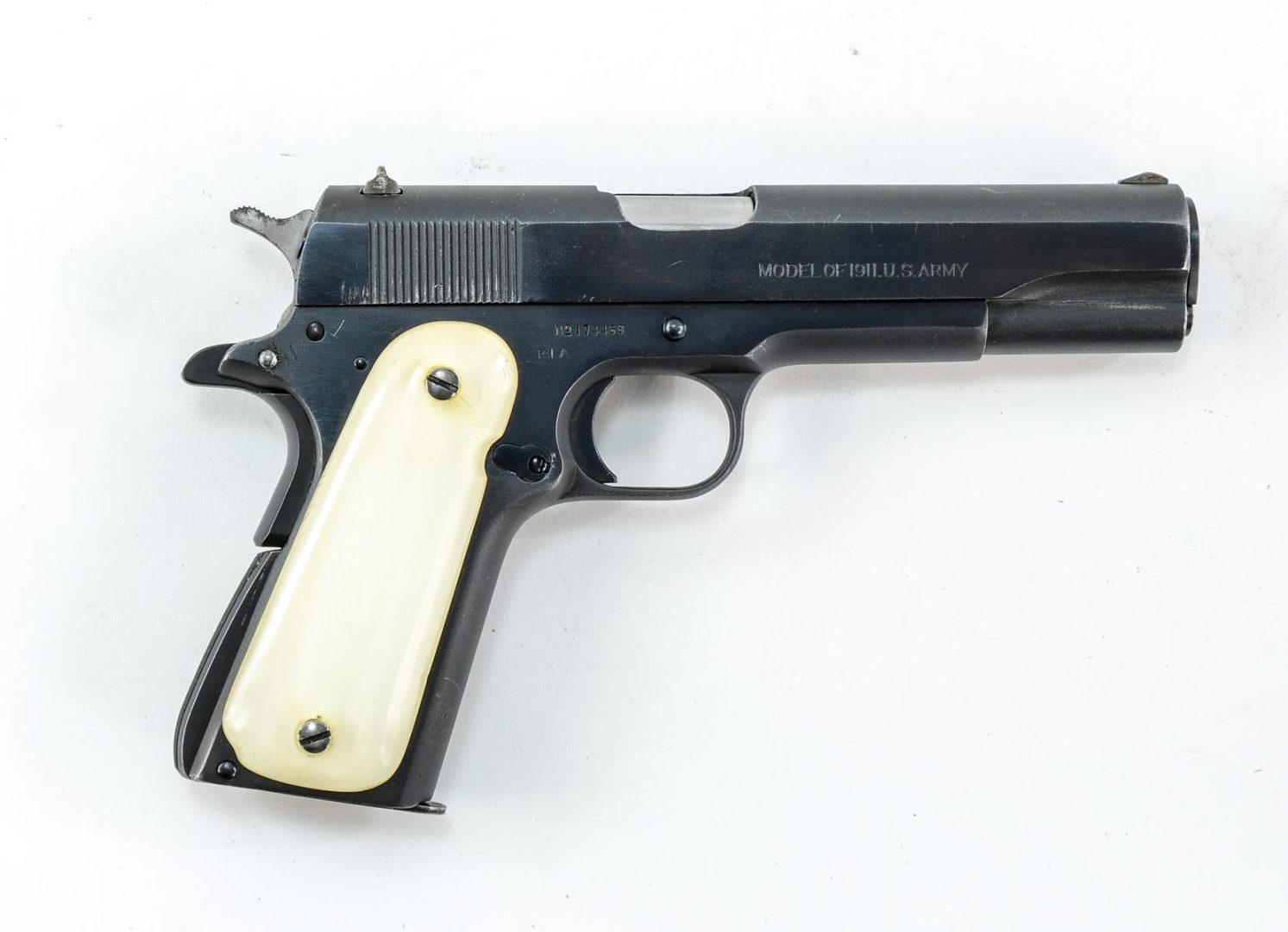 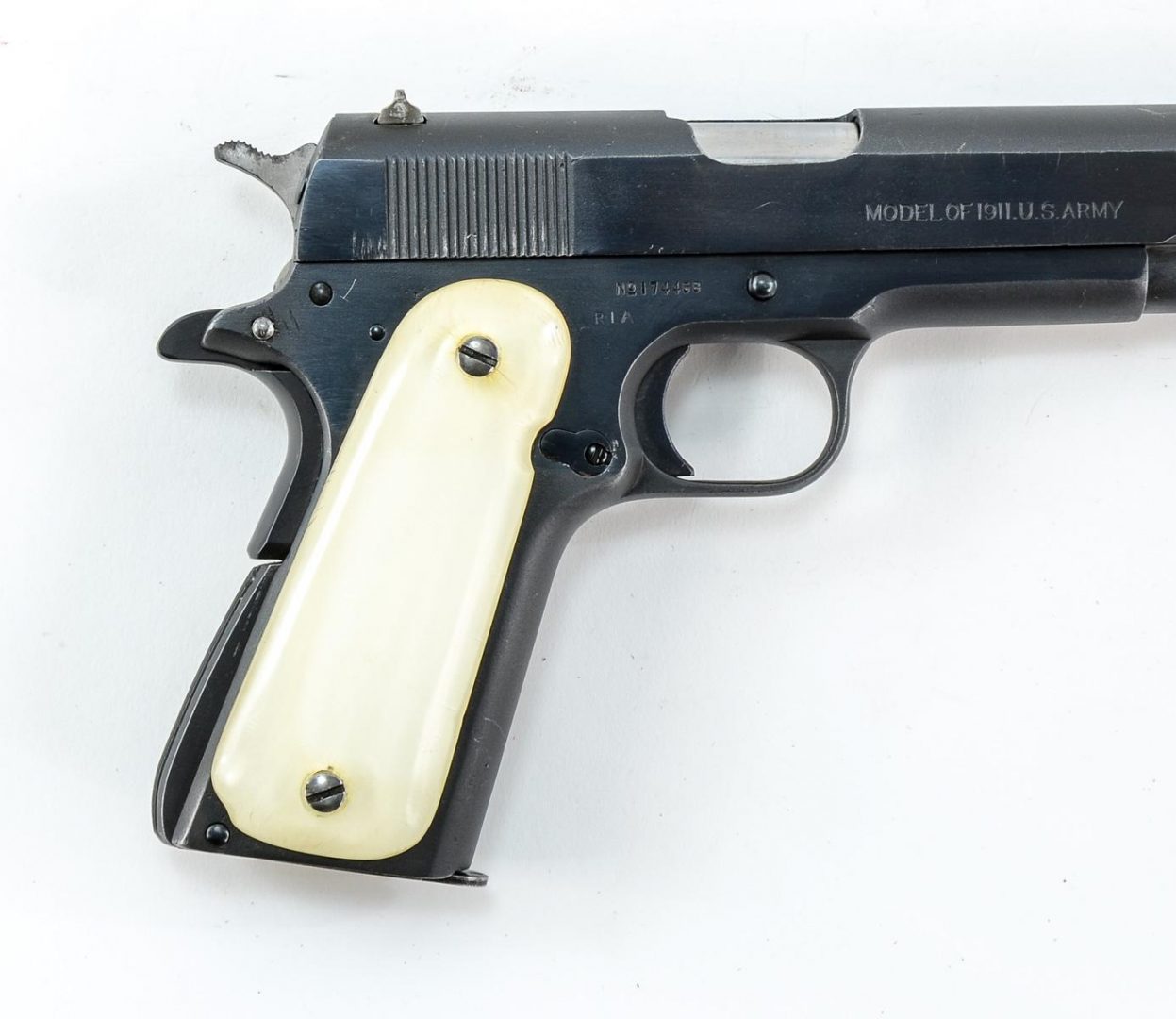 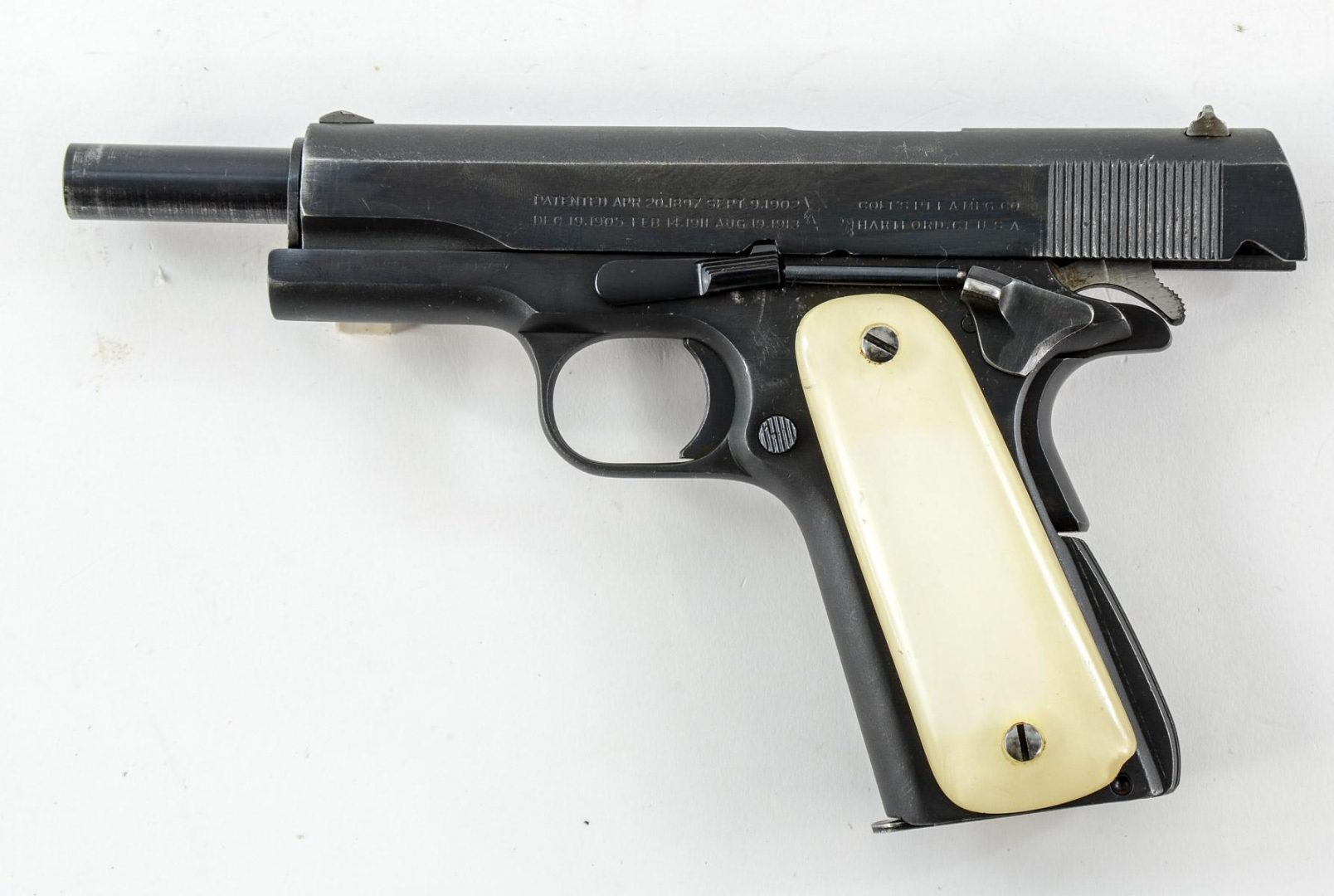 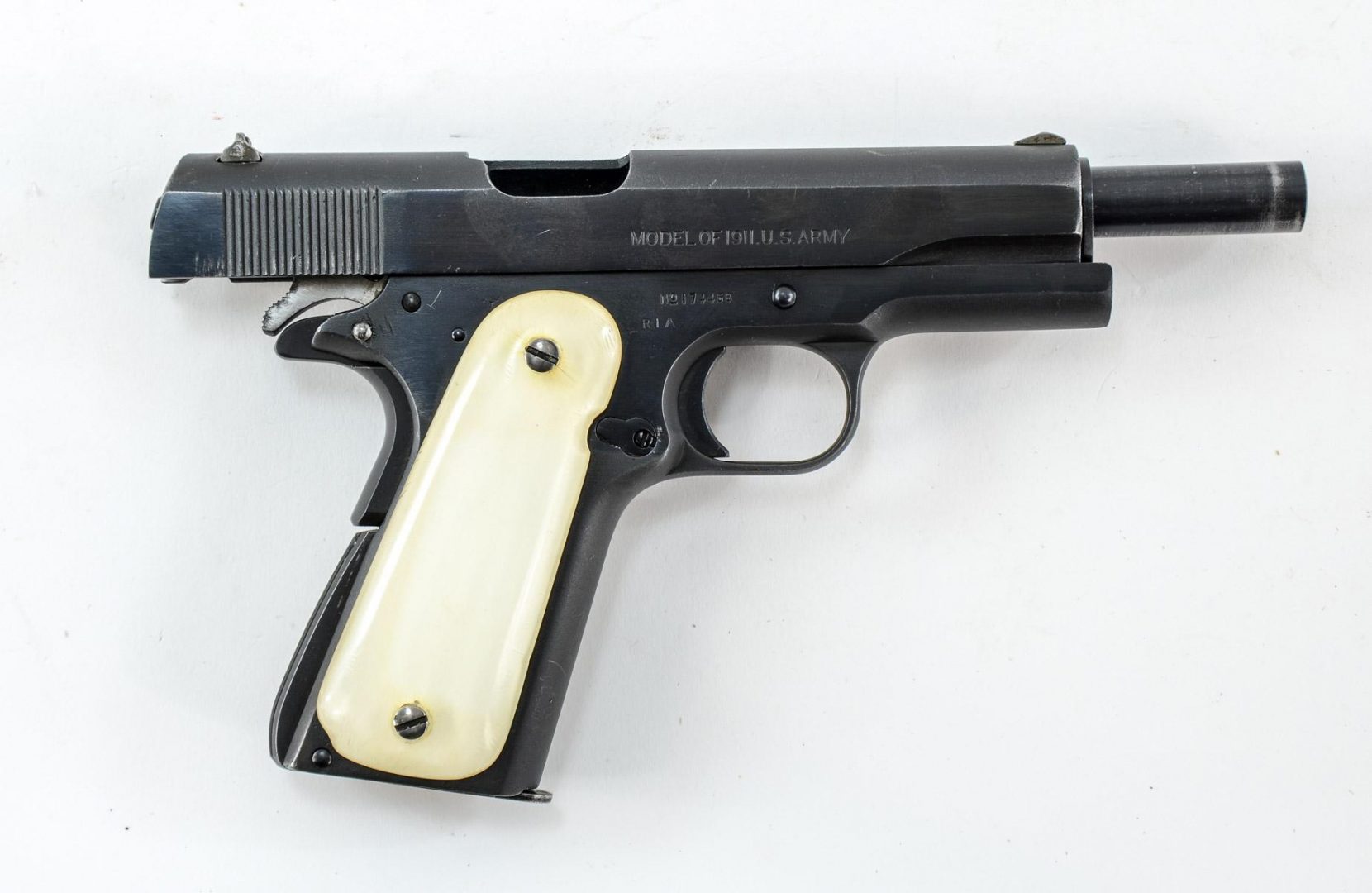 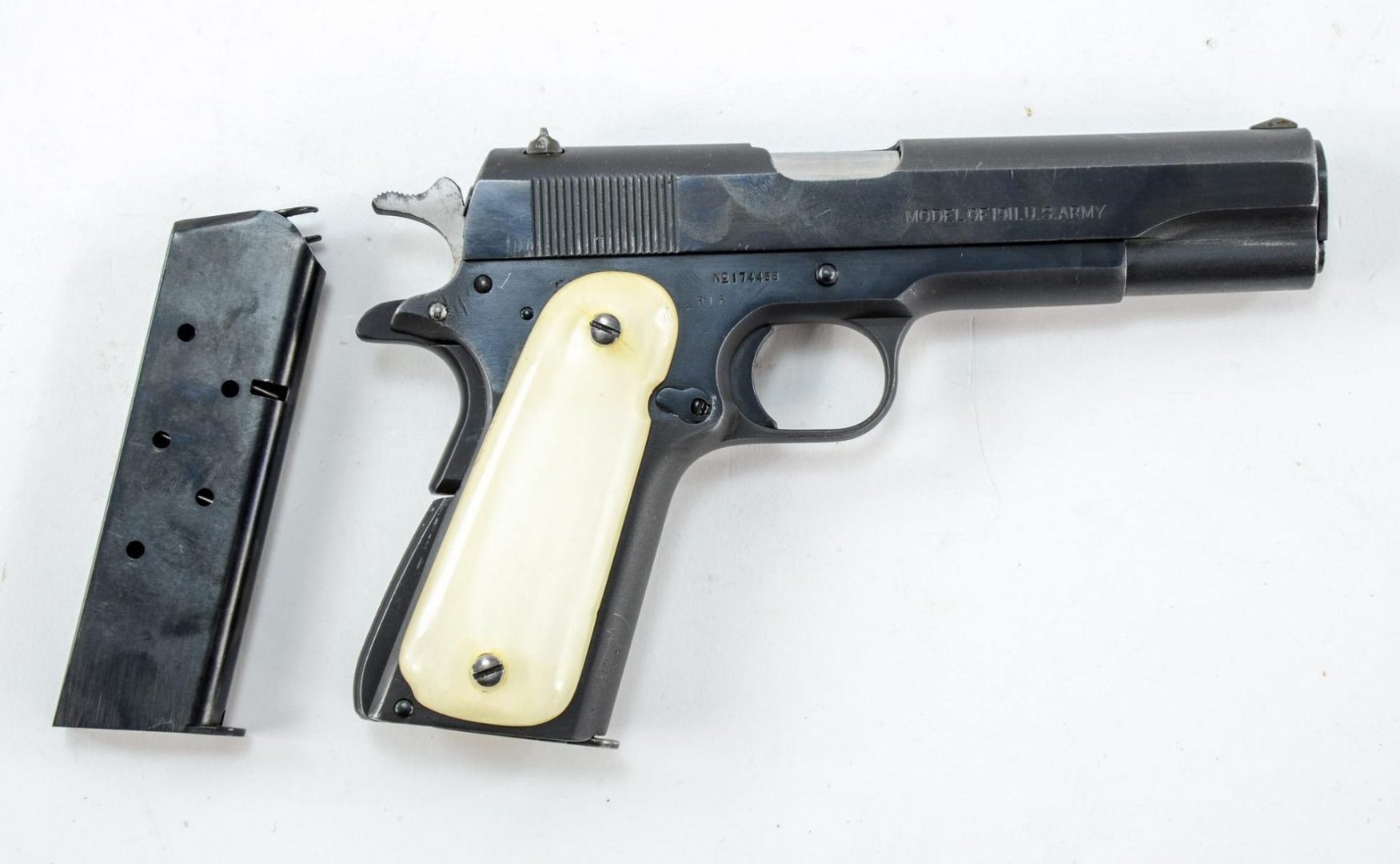 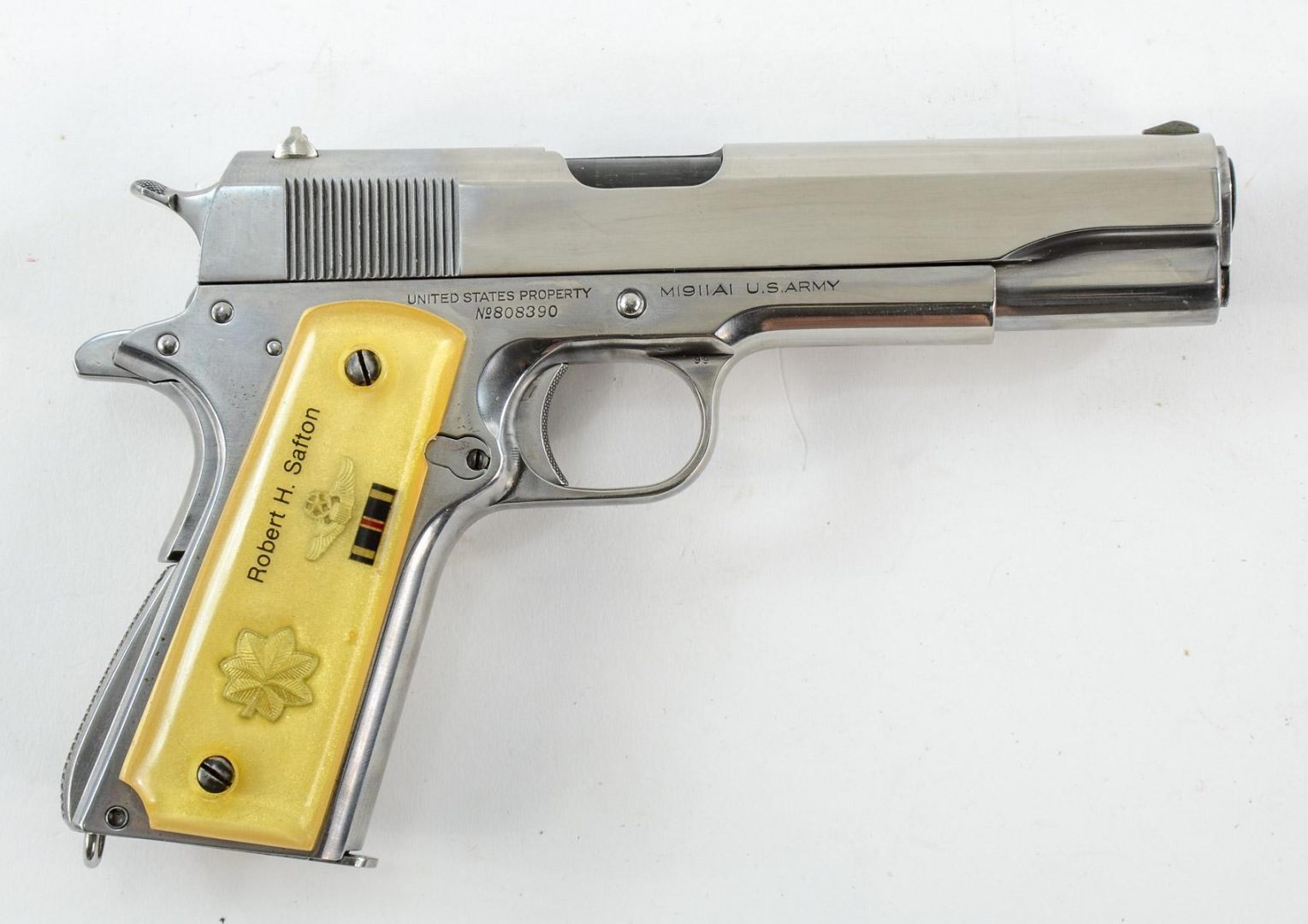 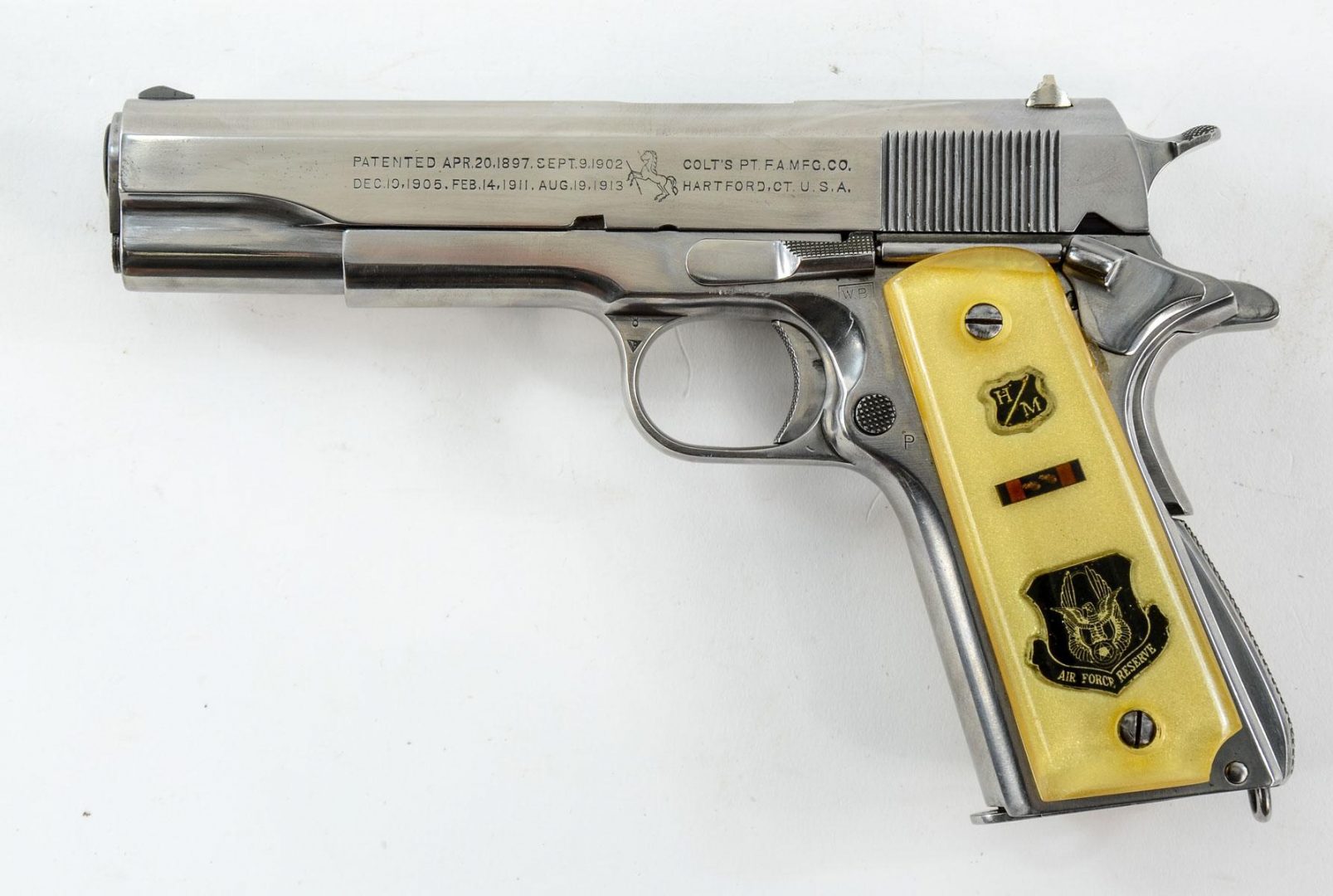 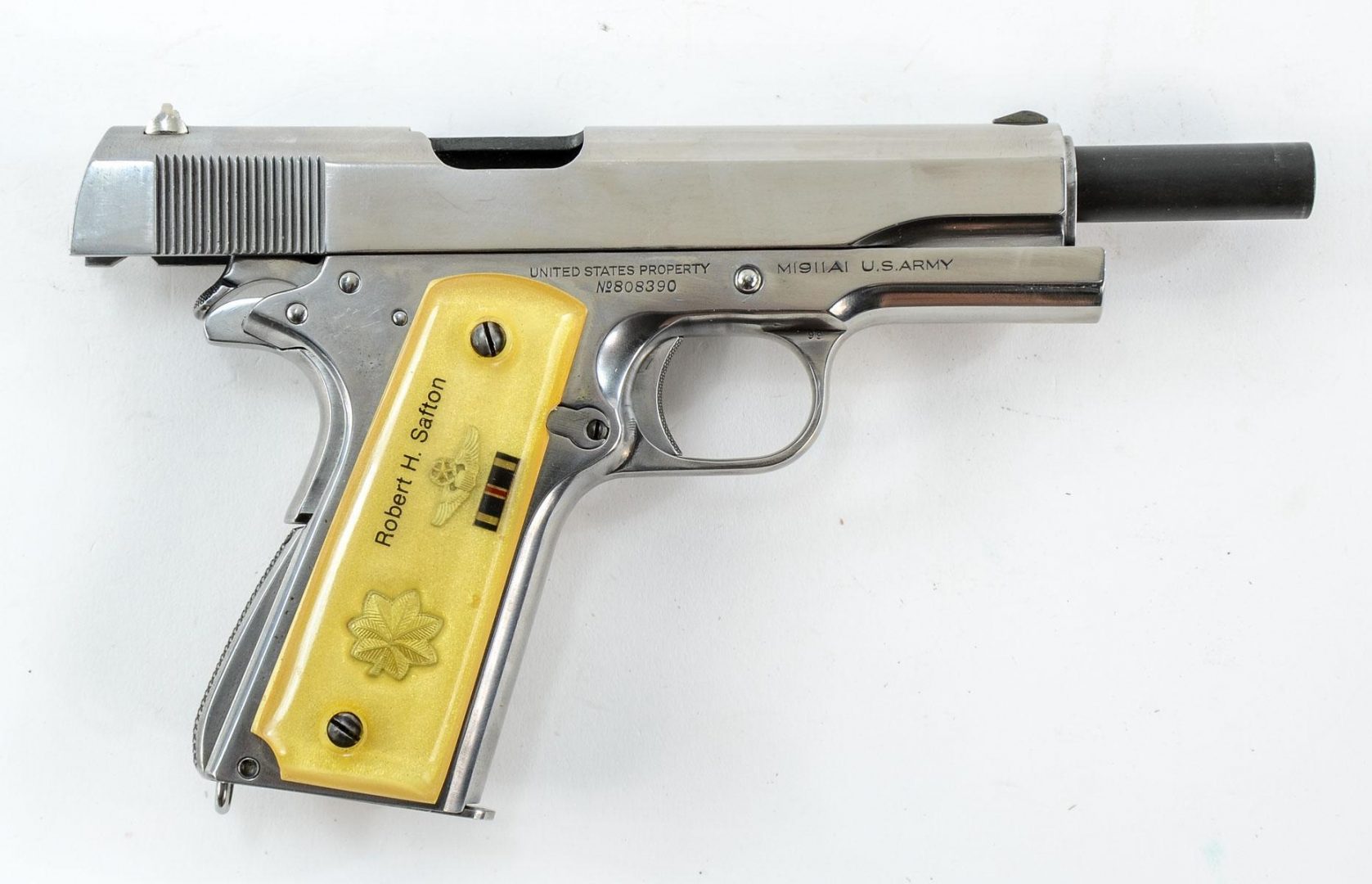 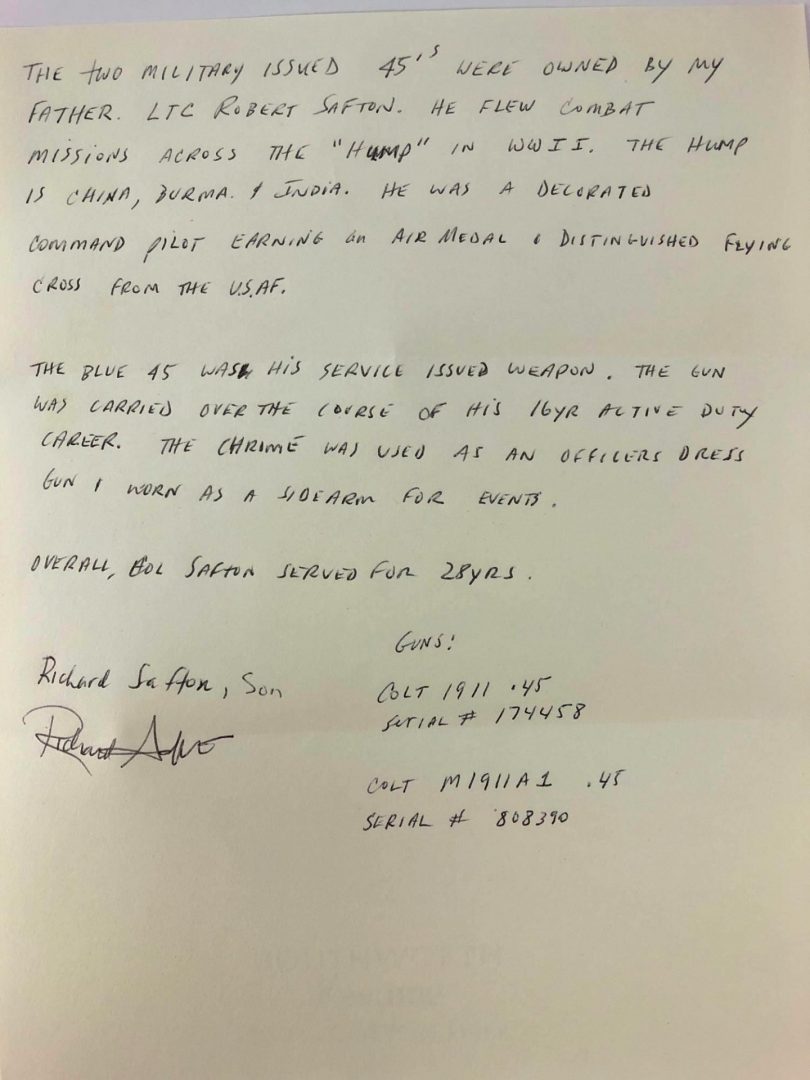 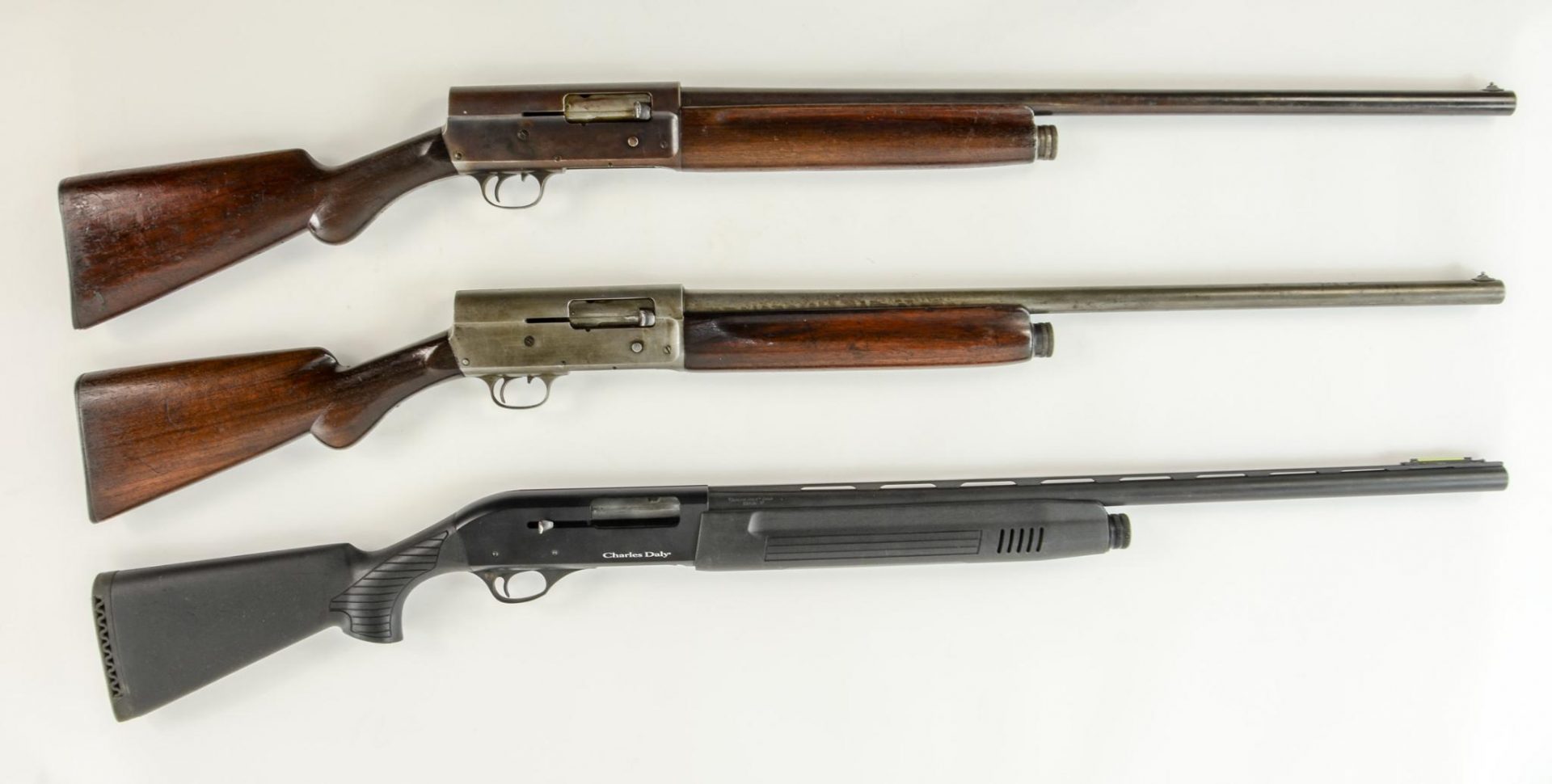