UPDATE: There is a period modification to the chambers. They were opened up from 2.5″ to accept larger shells. This world class sidelock shotgun was hand crafted in October 1928 masterfully engraved by J. Purdey & Sons Gun & Rifle Makers. The concave solid rib is marked “J. PURDEY & SONS (in gold inlay) AUDLEY HOUSE, SOUTH AUDREY STREET LONDON. MADE OF SIR JOSEPH WHITWORTH”S FLUID PRESSED STEEL”. The case hardened action features floral scroll engraving and circular bouquets covering the entire action from fence to trigger guard with high polished blue highlights. Both locks and the bottom of the receiver are marked “J. Purdey & Sons”. The break lever, trigger guard and forearm hardware are engraved with the same patterns. The barrel flats are marked with many proofs and the water table is marked with two “crown / V” proofs. The barrels are chambered in the rare 2 1/2″, choked cylinder/modified with ejectors. Double trigger, tang mounted safety with gold inlaid “SAFE” and mounted with extra fancy, checkered splinter forearm and straight grip stock and checkered bare butt. Complete in a hard leather take down trunk with brass corner protectors, brass hardware, leather handle and red colored velvet lining with J. Purdey & Sons label affixed to the inside of the lid. Also included is the original instruction manual (very interesting read) a one piece rosewood cleaning rod and handle, assortment of wood handled tools, leather pouch with bore brush and mop, cleaning heads, nickel snap caps marked A&F NY and a nickel oiler marked J. Purdey & Sons. Accompanied by a letter of authenticity from Purdey Confirming the above. The following is the letter (condensed for space) received with this gun attesting to its original owner and his story: This 20-gauge double was one of a pair acquired by my great-grandfather Henry Wheeler de Forest from James Purdey & Sons in London. He was a crack shot and an avid and accomplished sportsman with a passion for bird hunting and salmon fishing. During the first decades of the 20th Century, the family removed to Penshurst Castle in Kent, England each autumn for the shooting. The other gun in the pair was given to his host in gratitude for their hospitality. A descendant of French Huguenots, Henry de Forest lived from 1855 to 193 8, was a graduate of Williston Seminary at Yale University in 1876 and was a graduate of Columbia University Law School in 1878. Initially trained as an attorney, he practiced law with the firm of de Forest & Weeks and its successor firm, de Forest Brothers, until 1932. A prominent railroad executive and industrialist of the Gilded Age, Henry de Forest was the chairman of the Executive Committee of the Southern Pacific Railroad from 1925 to 1928, served as the chairman of its Board of Directors from 1929 to 1932 and served as a director from 1905 until his death. In addition, he served as a director and member of the Executive Committee of each of the Texas & New Orleans Railroad and the Delaware & Hudson Railroad, and as a director of each of the Arizona Eastern R.R. Co., Galveston, Harrisburg & San Antonio Railway Co., Houston & Shreveport R.R. Co., Houston & Texas Central R.R. Co., Houston East & West Texas R.R. Co., Illinois Central R.R. Co., Louisiana & Western R.R. Co., Morgan’s Louisiana & Texas R.R. & Steamship Co., New Jersey & New York R.R. Co., and Yazoo & Mississippi Valley R.R. Co. Having interests that extended beyond the railroad industry, he was a trustee (with Elihu Root) of the majority of the capital stock of the Equitable Life Assurance Society and was involved in the mutualization of The Equitable and Metropolitan Life, a trustee and chairman of the Executive Committee of the Bank for Savings in New York, chairman of the Pacific Oil Company during its merger with Standard Oil of California (now Chevron), ….. Henry de Forest was particularly interested in wildlife conservation serving as the Director of the National Parks Association from 1924 through 1935 and being instrumental in the founding of the Sage and Rockefeller Bird Sanctuaries on the Gulf Coast of Louisiana and the Guardianship Association of the Restigouche River, an association formed to protect salmon rivers in Canada. Nethermuir, his estate in Laurel Hollow on the north shore of Long Island, New York, was designed by Frederick Law Olmstead and is now the site of the Cold Spring Harbor Laboratories, known for its pioneering work on the human genome. Edie Sedgwick, his granddaughter, was Andy Warhol’s muse in the 1960s and the subject of the film “Factory Girl”. SIGNED, John Beverly Duer Condition: NRA Antique Fine. Over 80% bluing remains on barrels with only minor scratches and very fine pitting where the fore end meets the barrels. Case coloring is greater than 65%, brilliant and prominent with only general edge wear. Wood is crack free, exhibits plenty of dings and nicks from use but nothing that distracts the eye. Checkering is evenly worn. Mechanically excellent. Case is worn but not abused, very good for age. 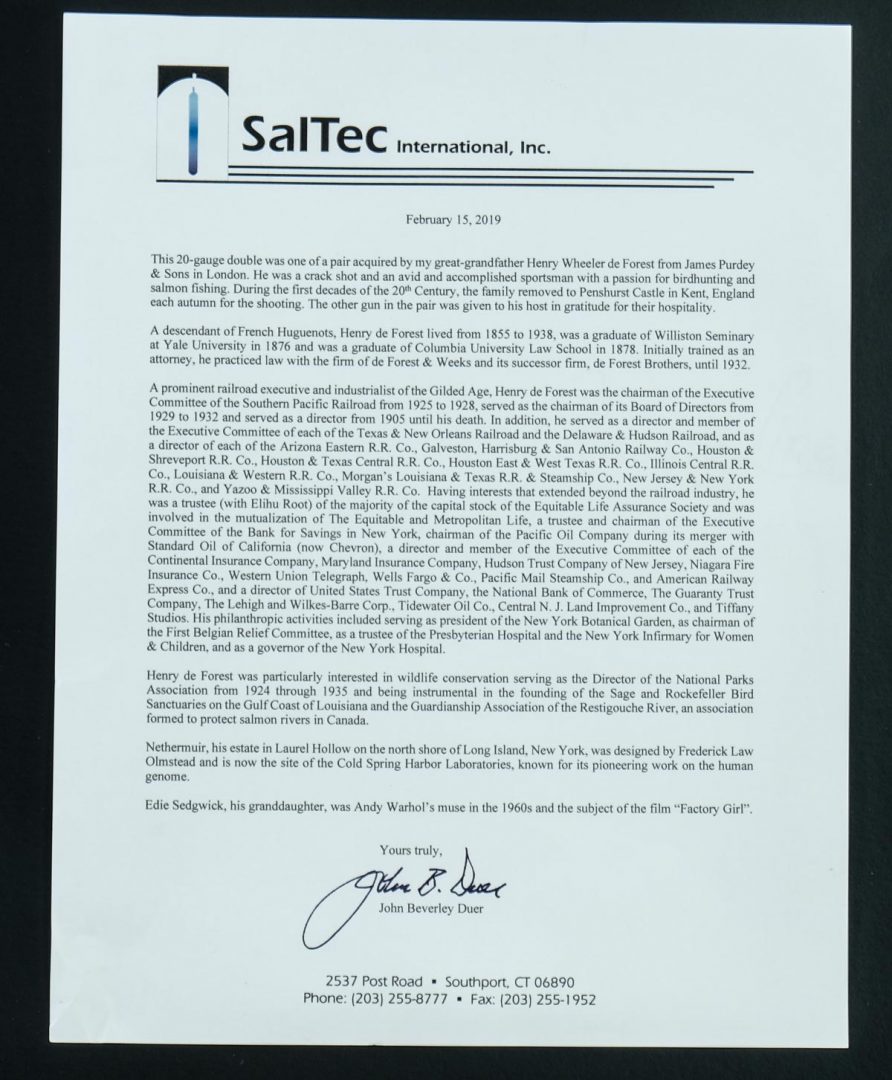 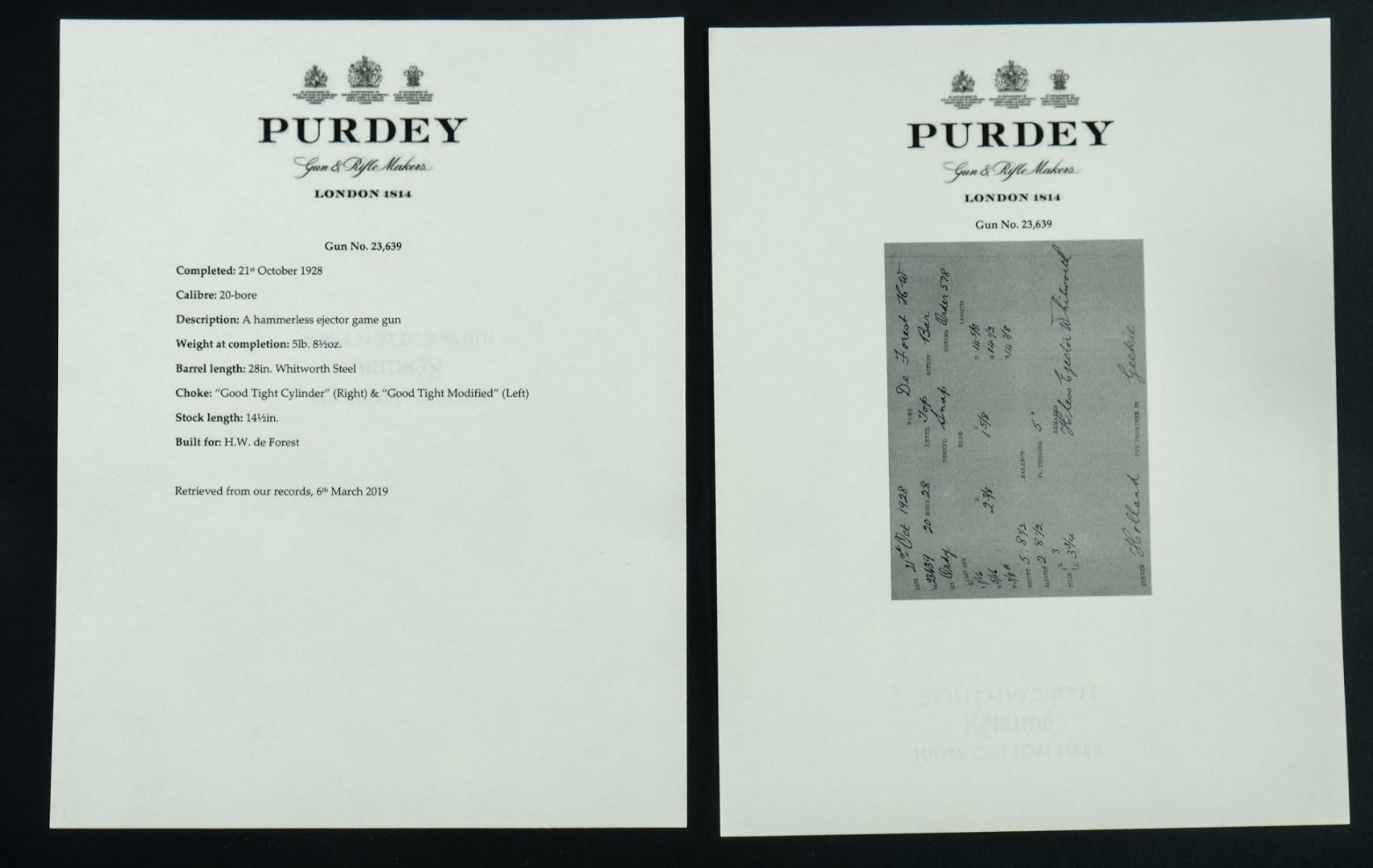 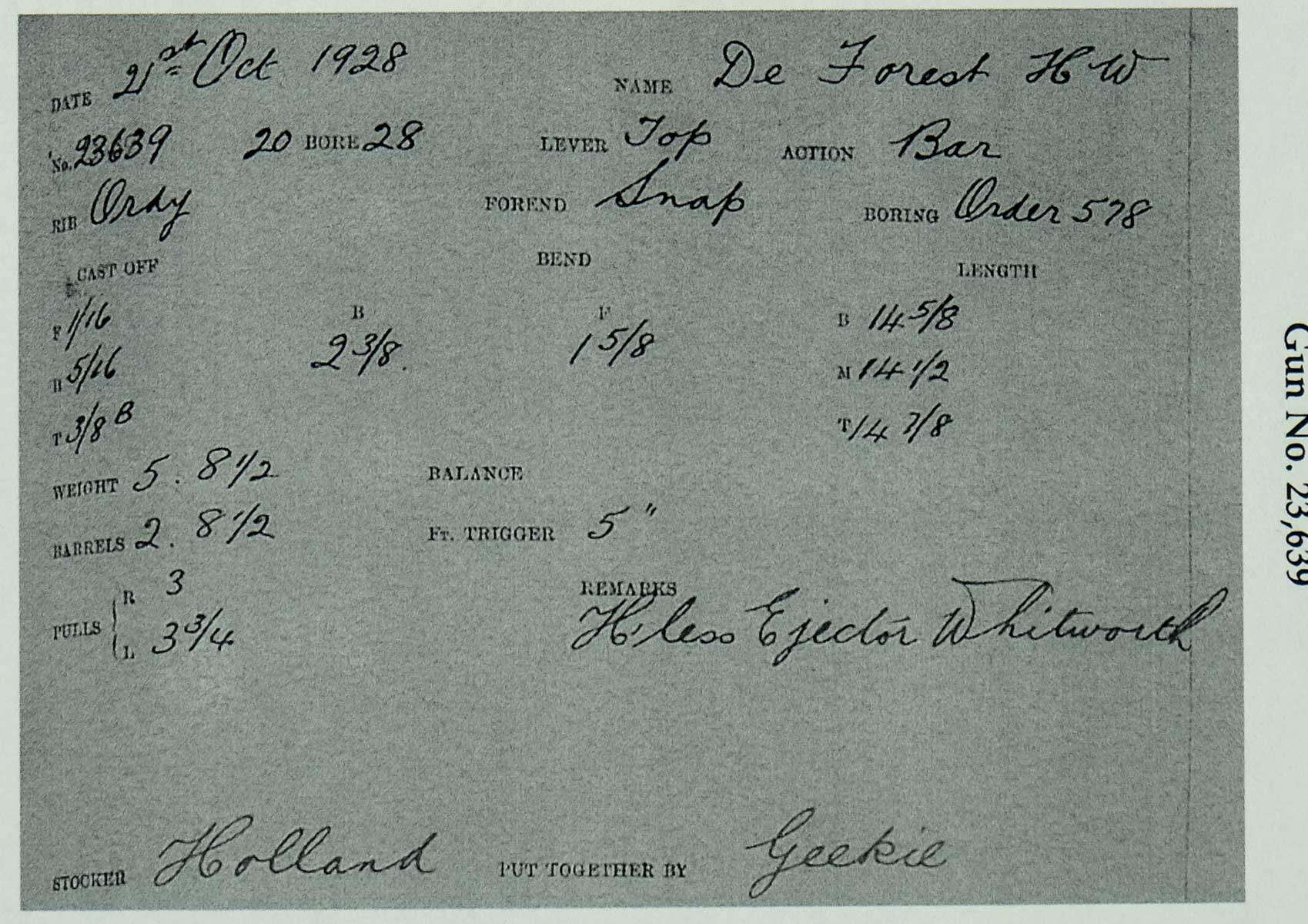 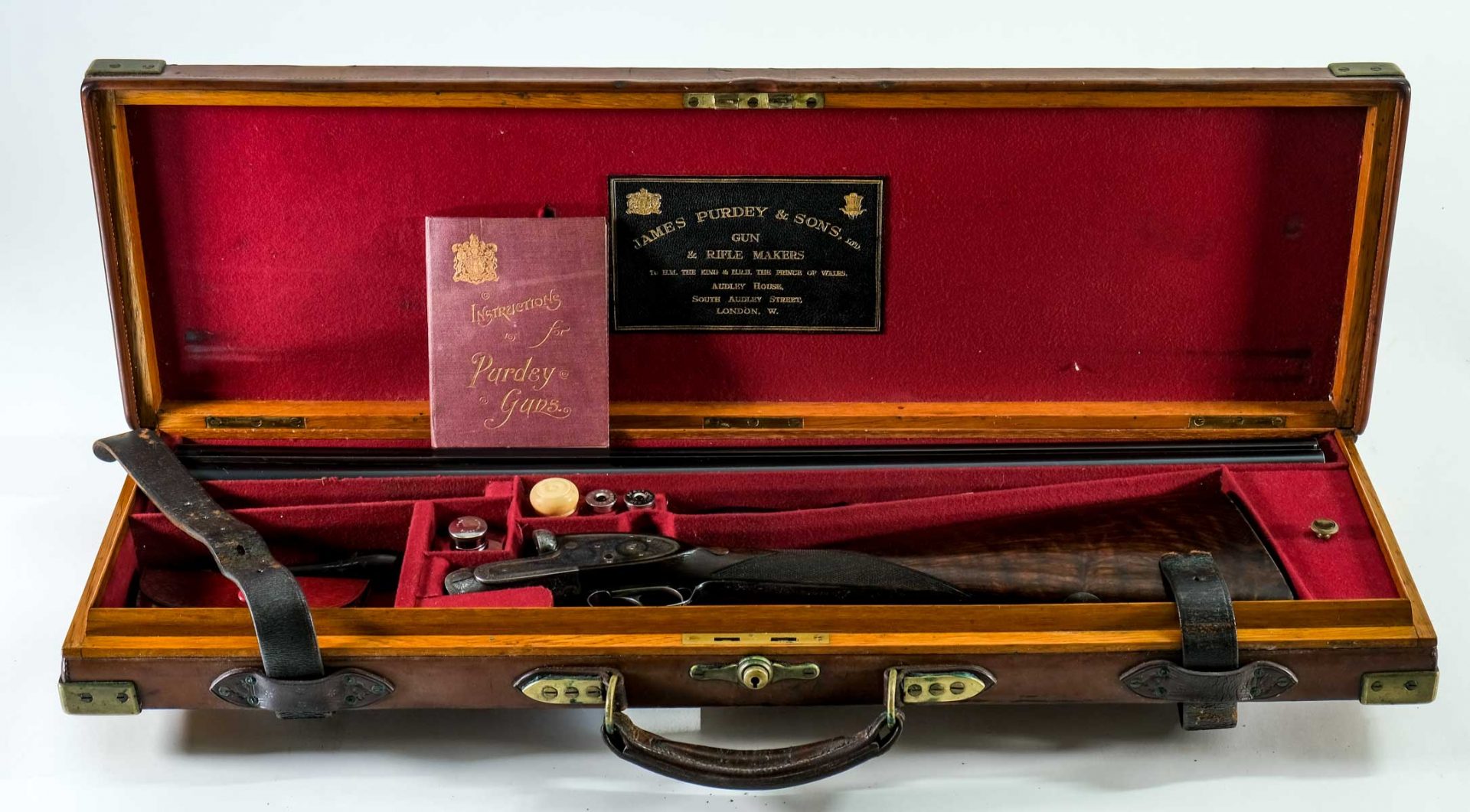 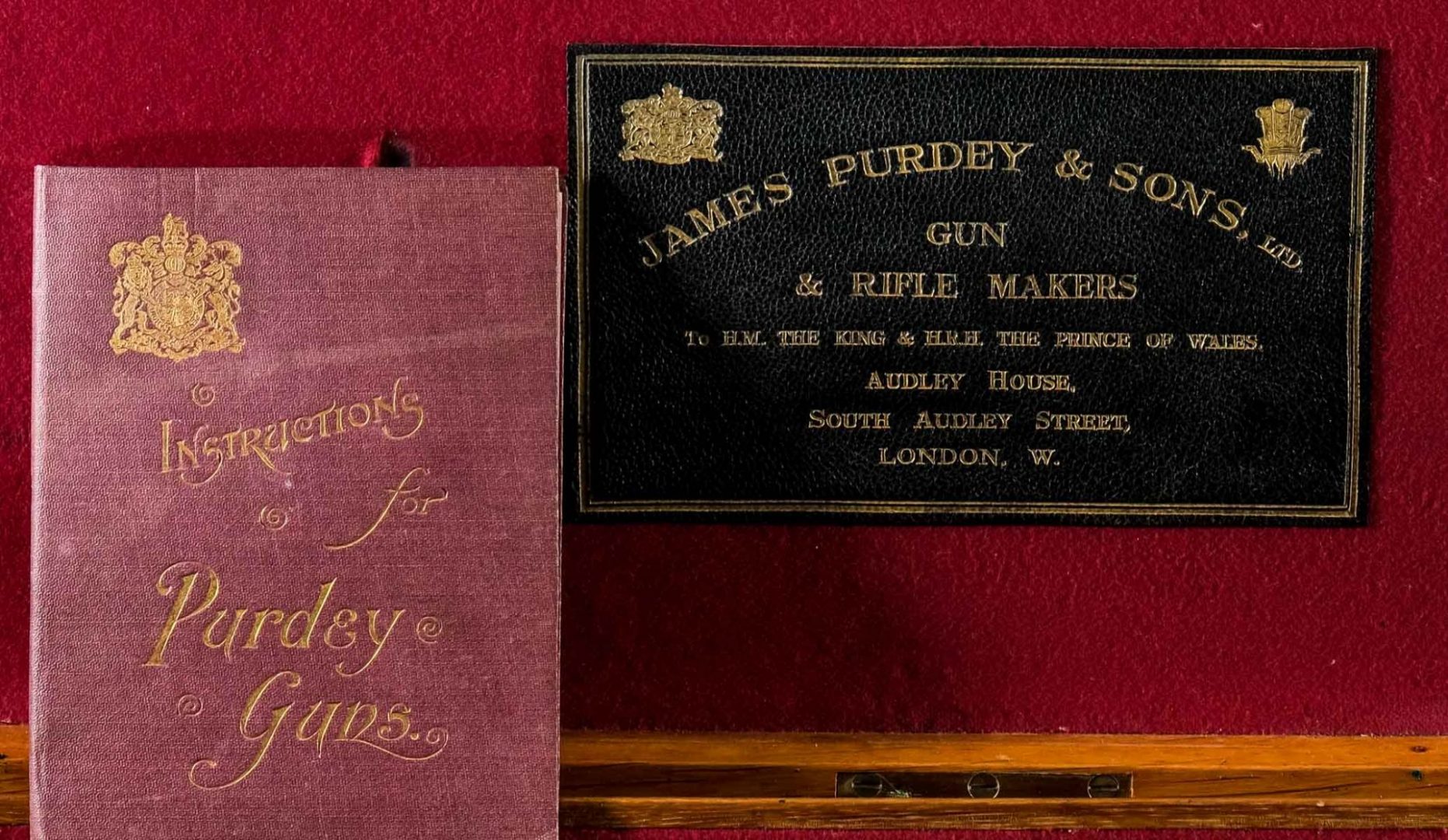 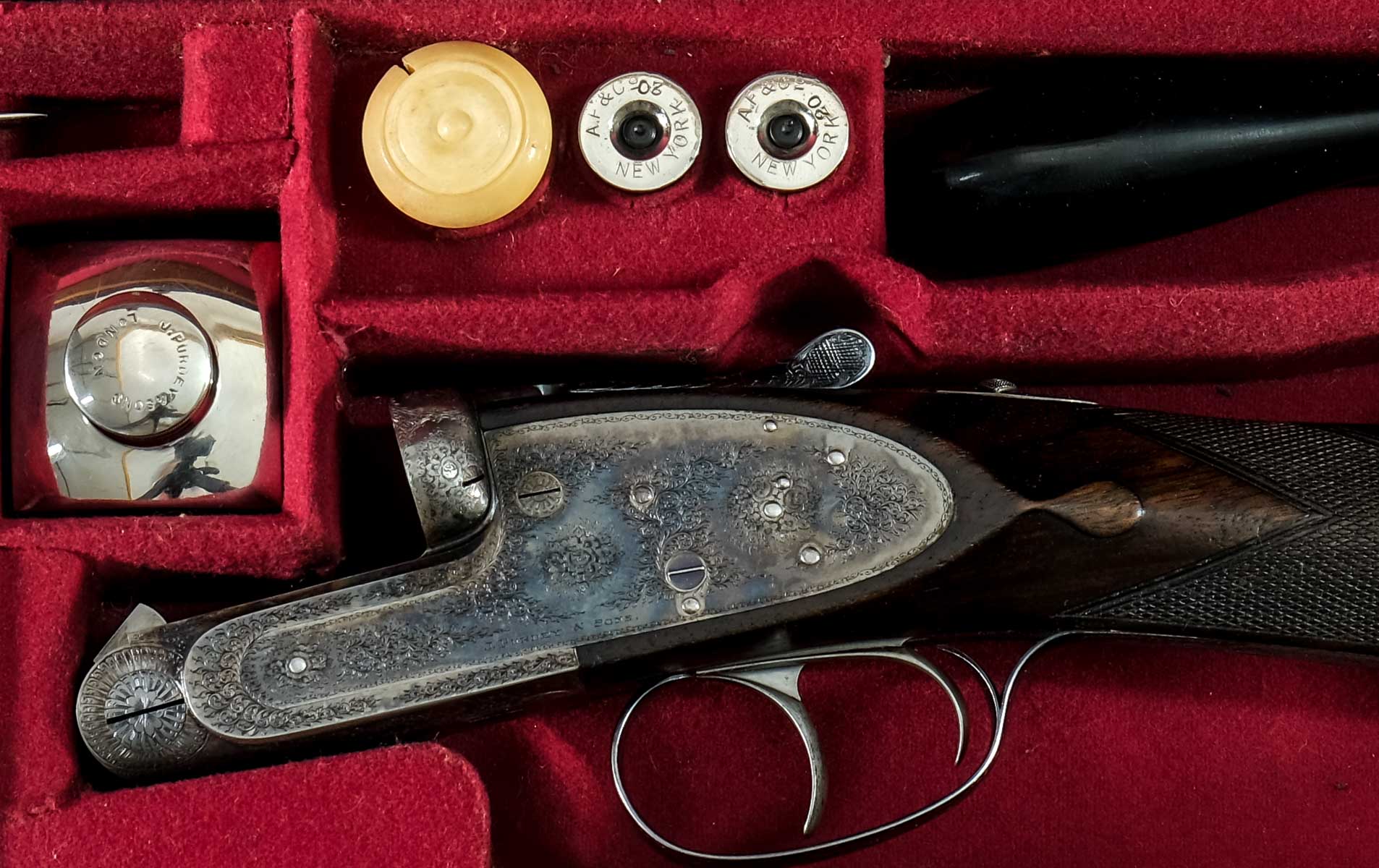 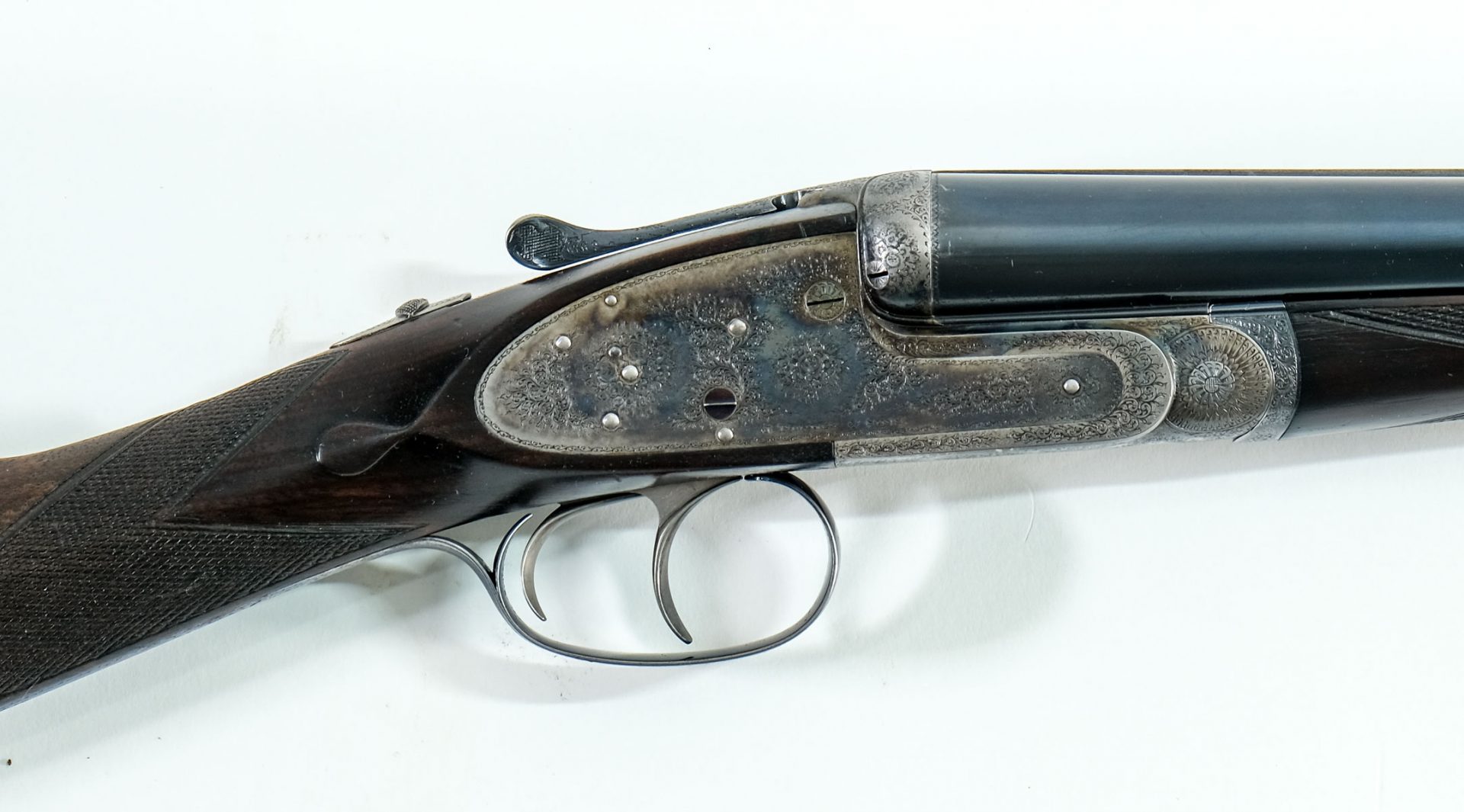 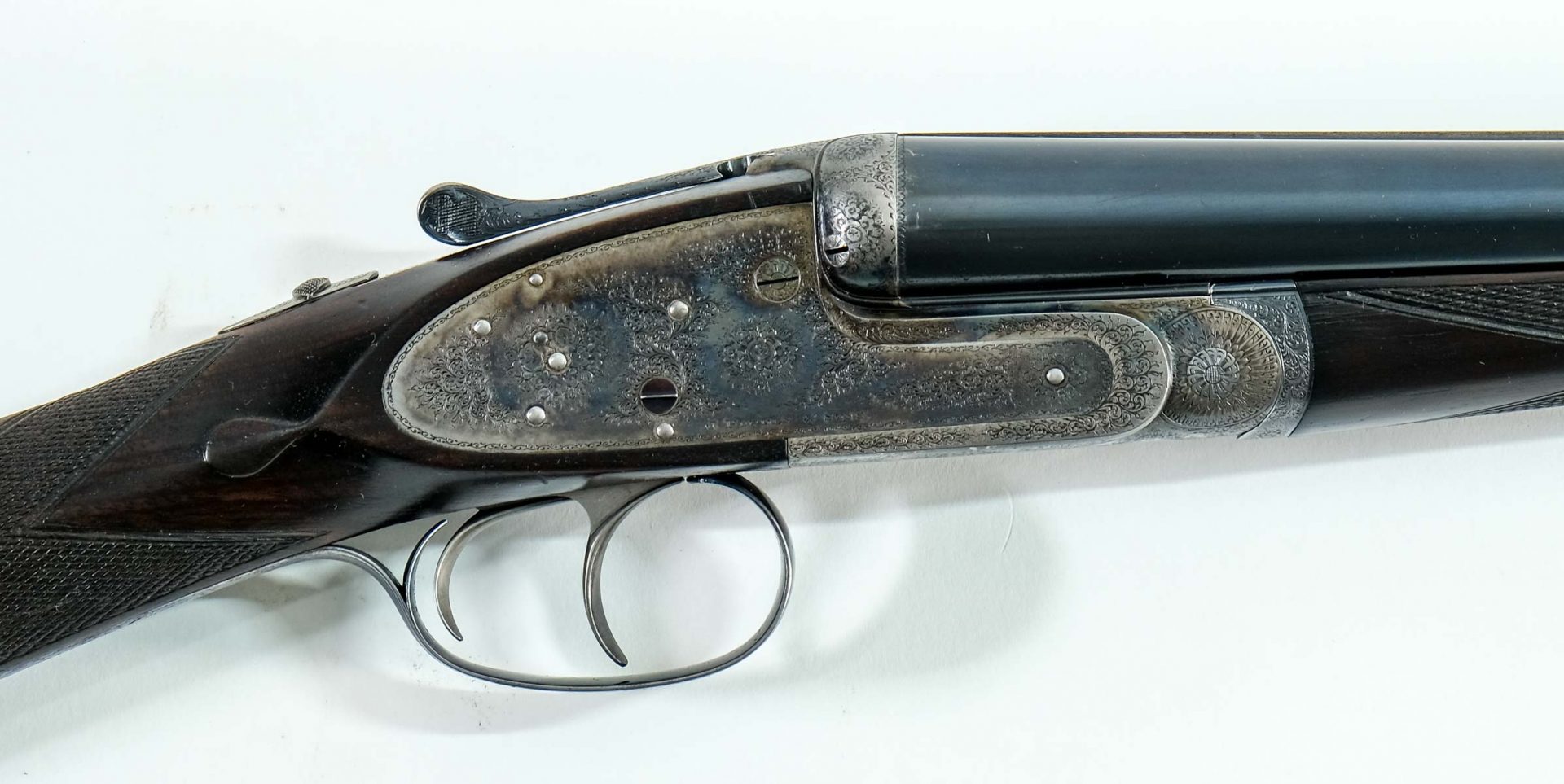 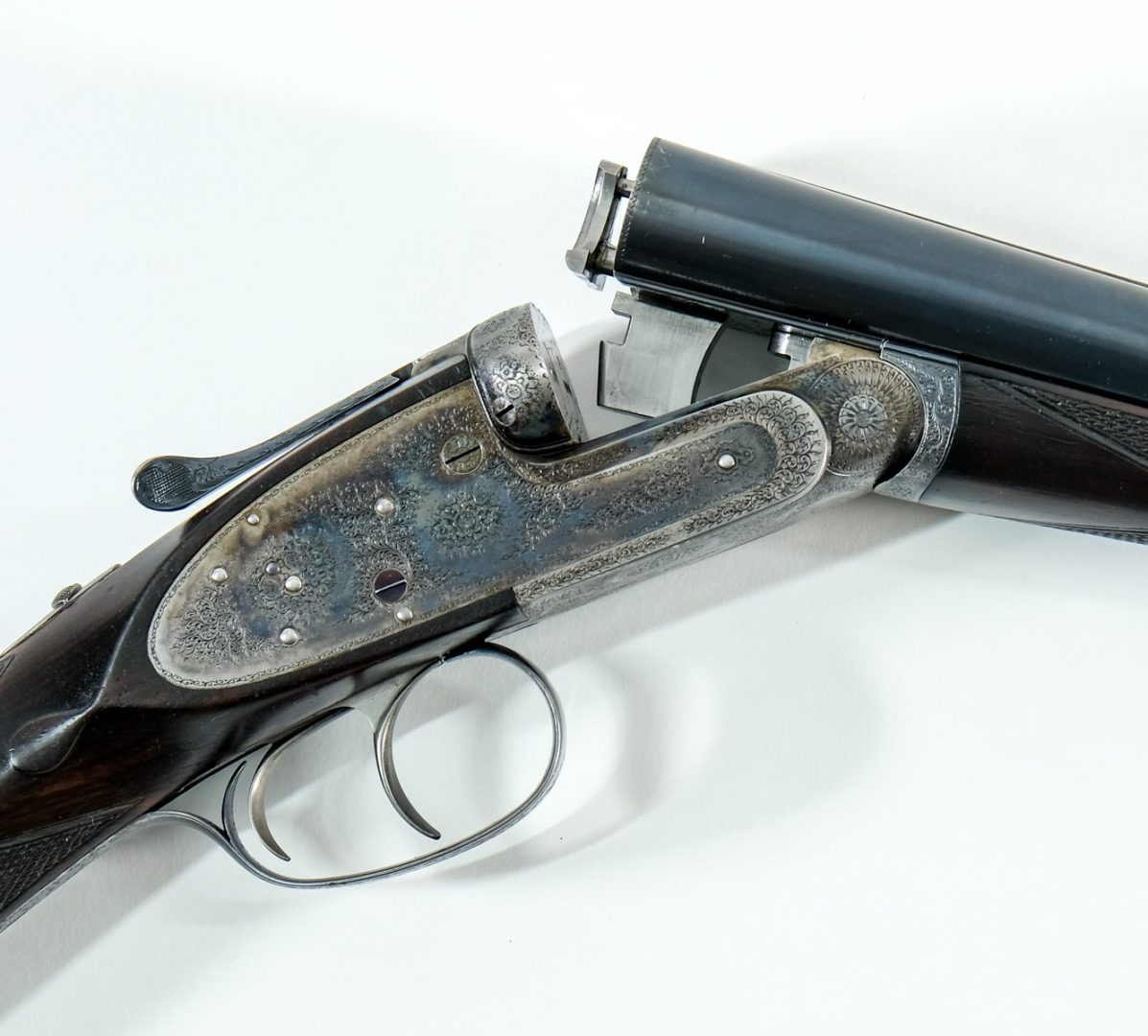 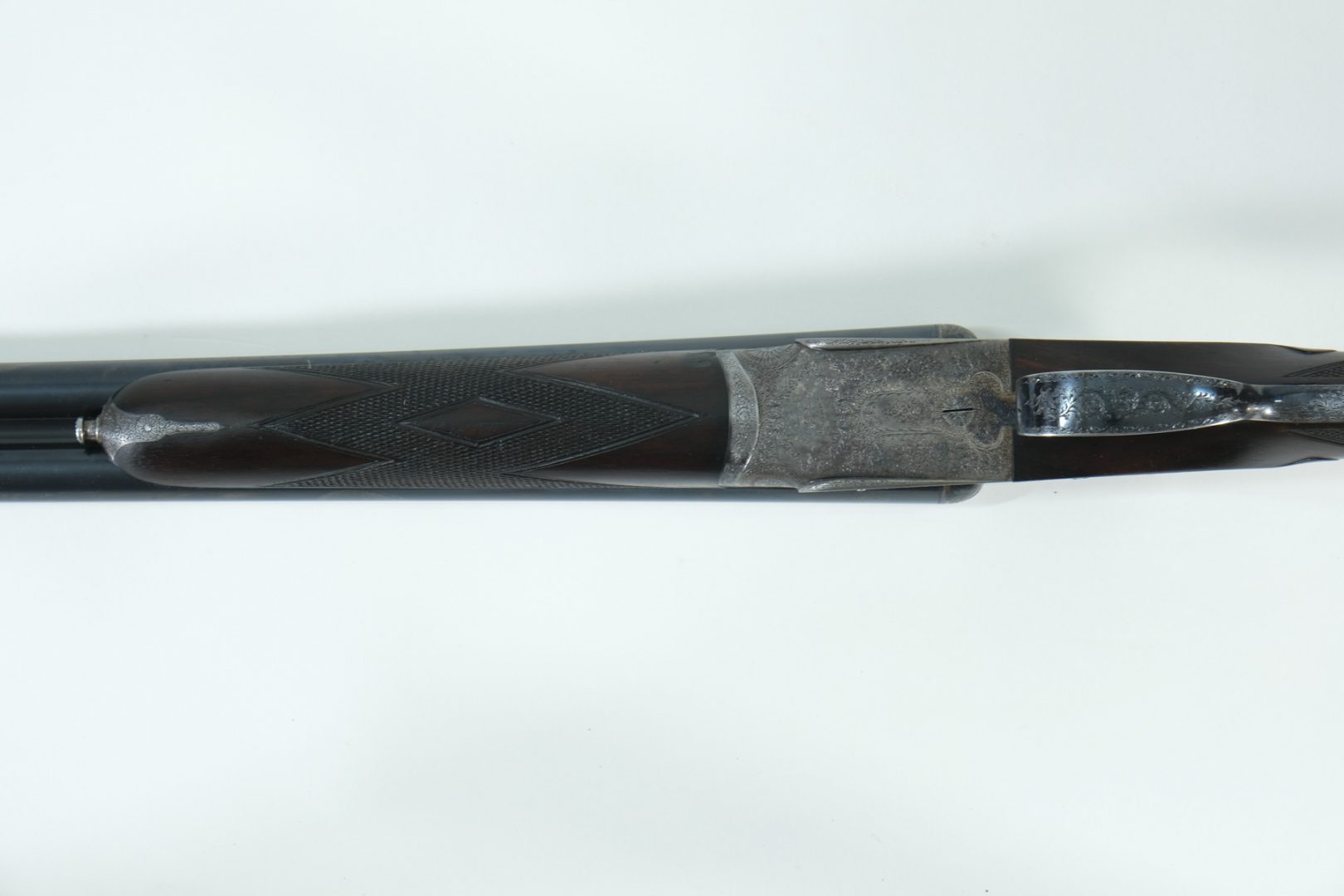 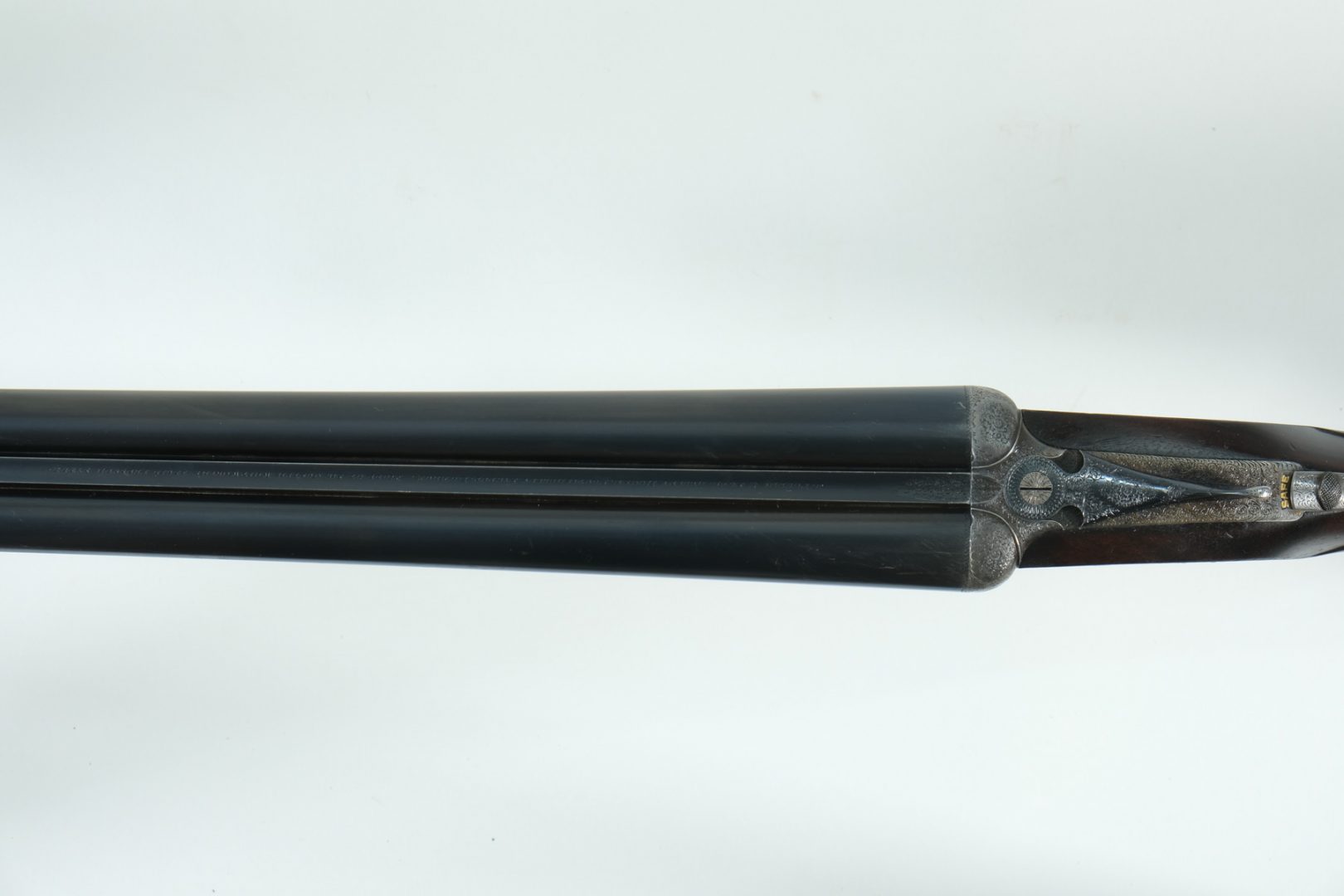 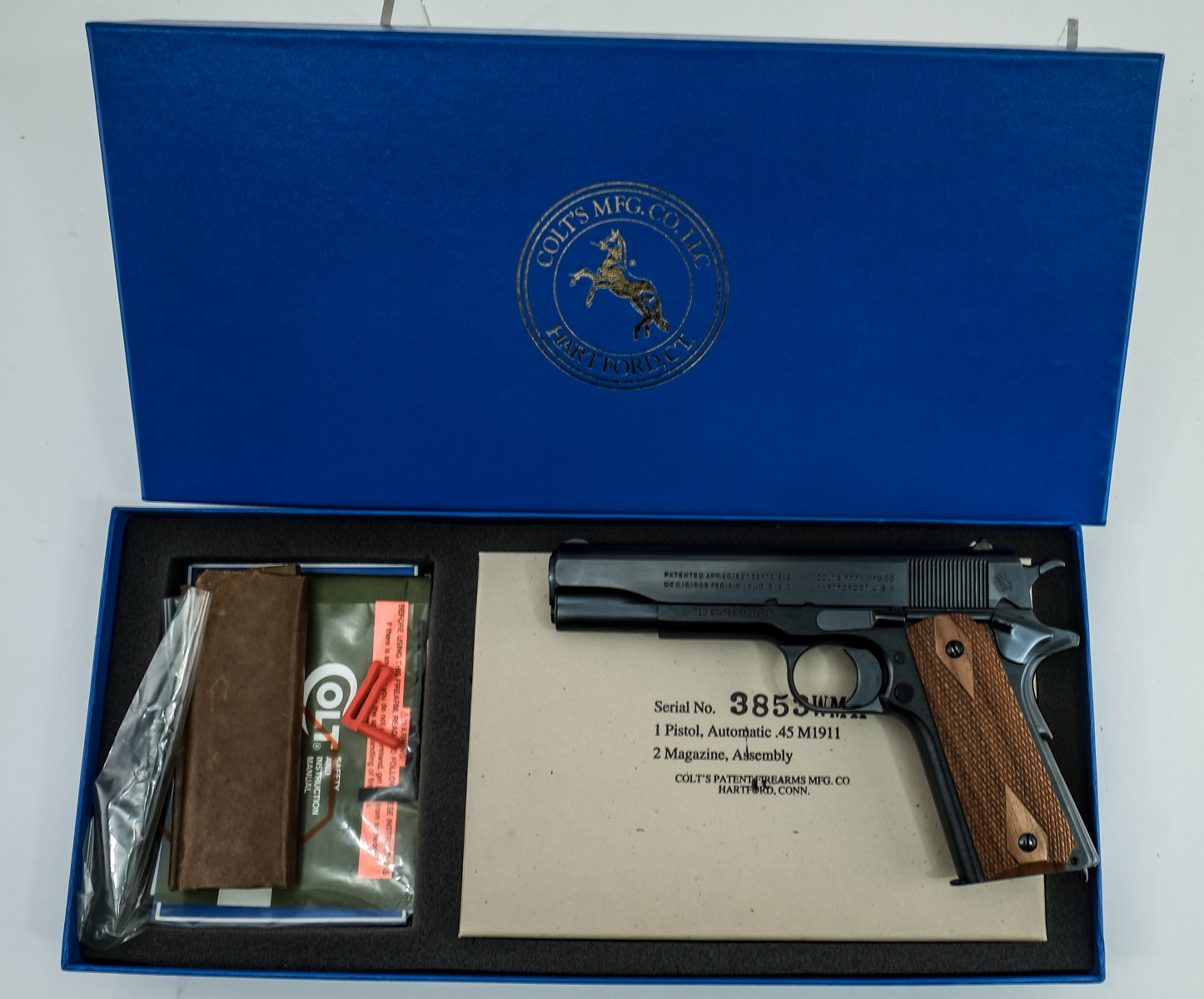 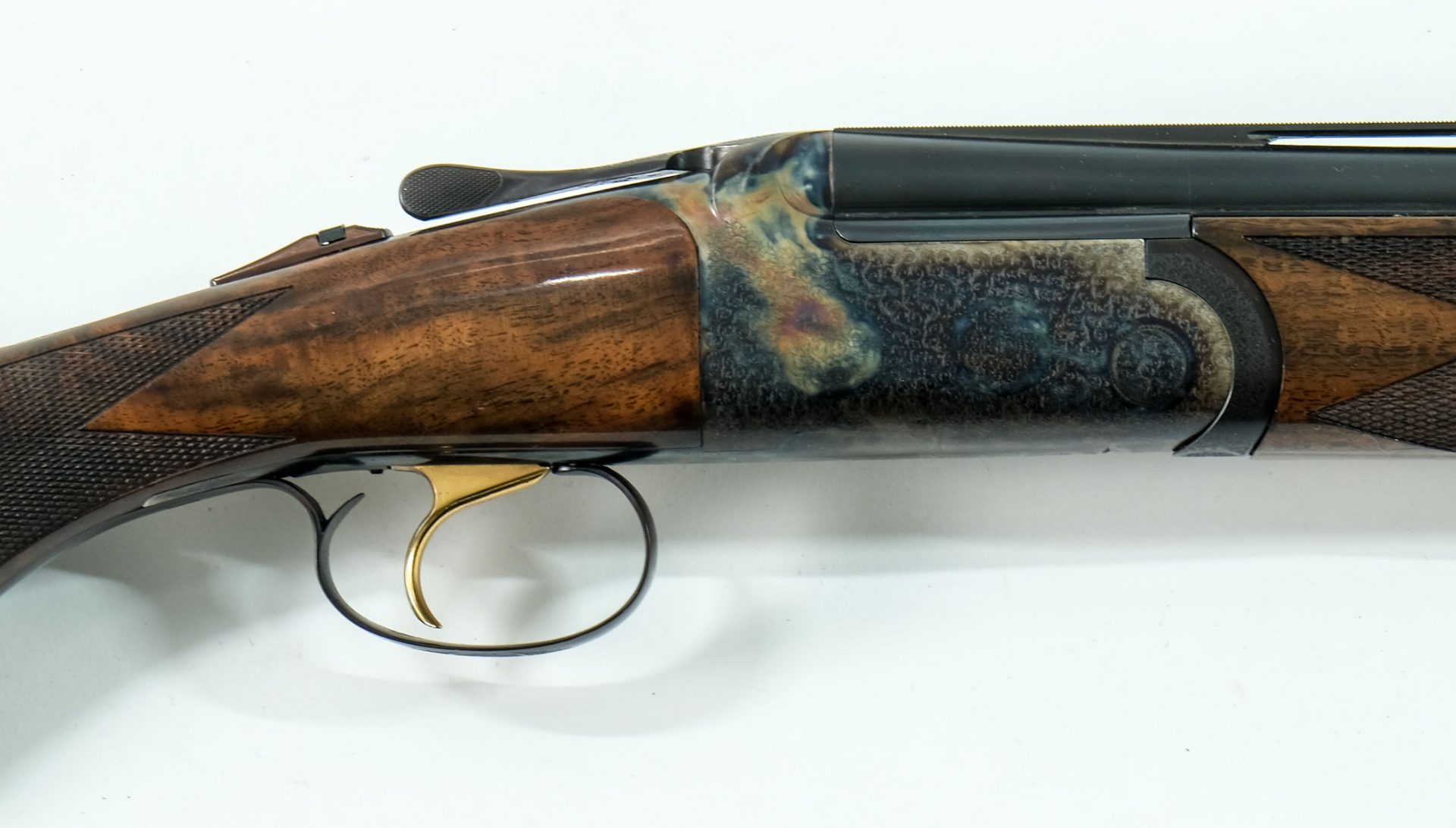 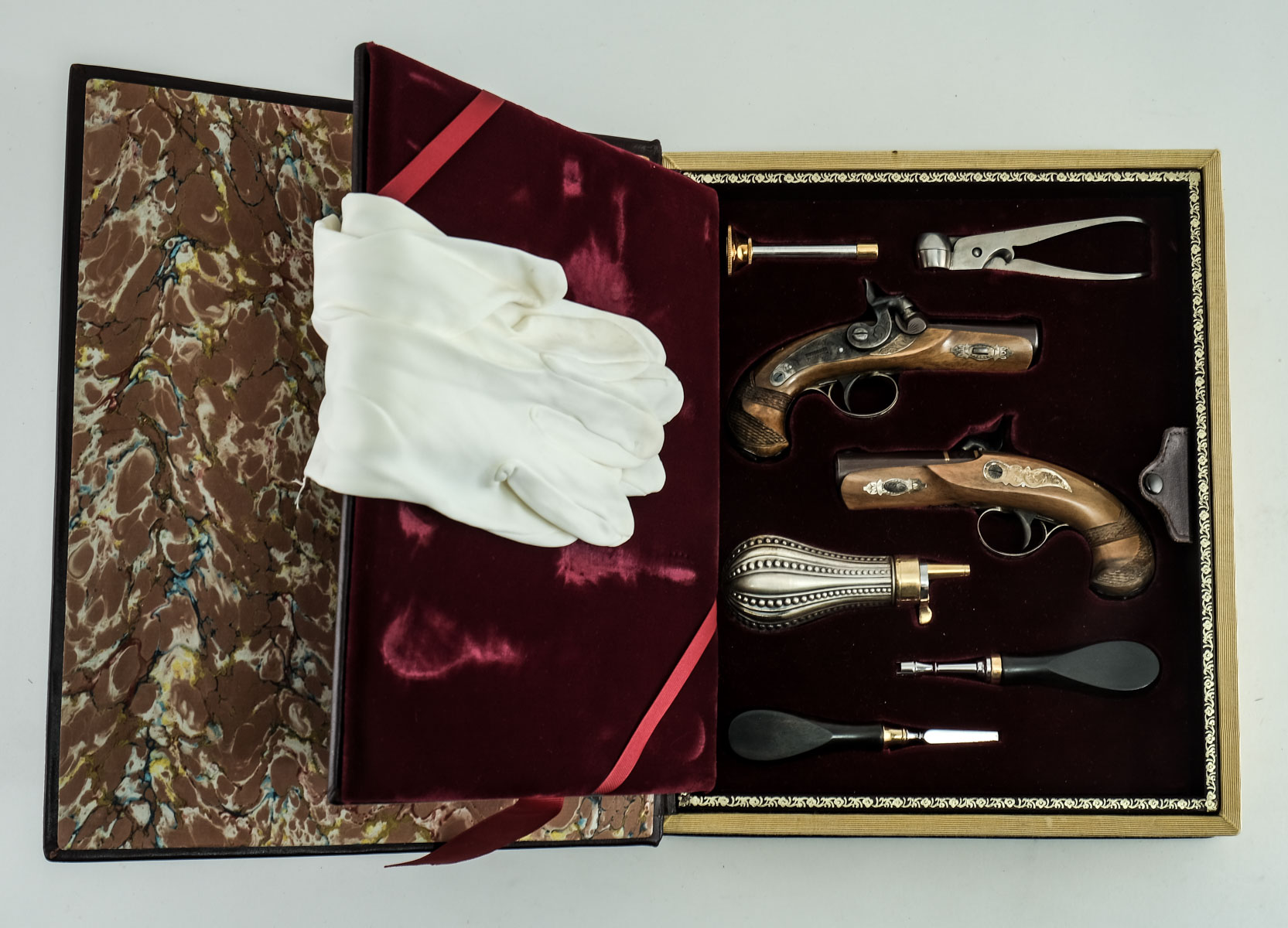