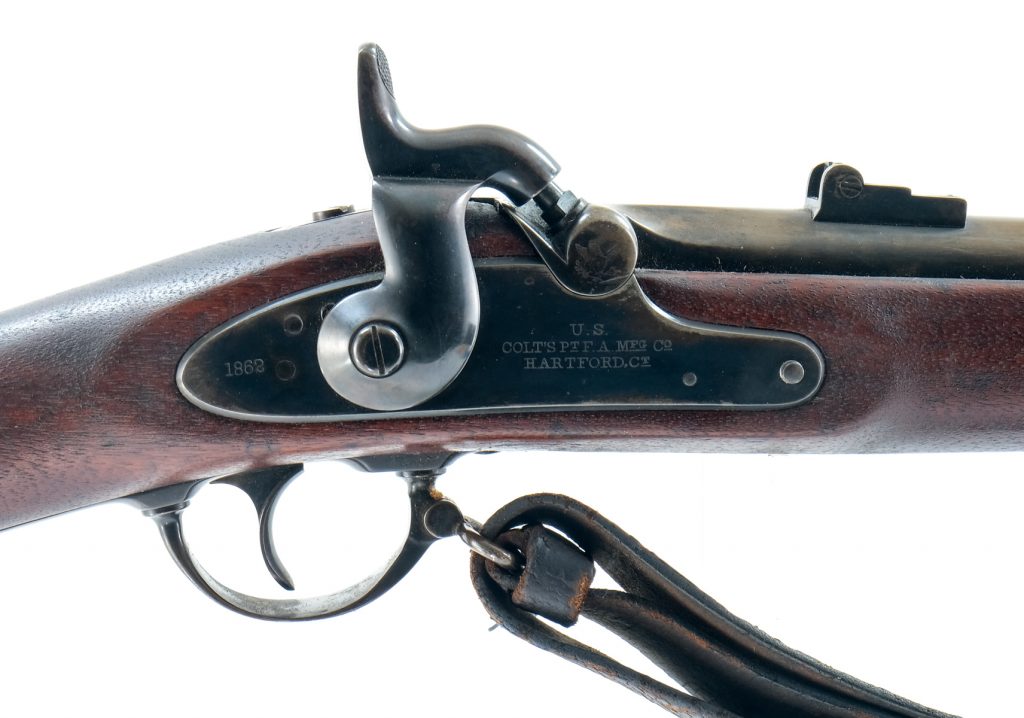 Description One of the finest muskets available during the civil war era and the only one Colt produced. Springfield Armory contracted many companies to produce the 1861 Musket, one being Colt. In Colt style, they made a few upgrades that would eventually become standard on this pattern. Improved barrel bands, better hammer to name a couple. Its clear the colt quality of this time was second to none. .58 caliber, single-shot muzzleloader with a standard 40″ round barrel, three barrel bands. Lockplate markings are the standard Colt Special with “U. S. / COLTS? Pt F. A. Mfg Co / HARTFORD, CT”. Dated “1862” behind the hammer. Barrel markings with distinct proof marks “V / P/ Eaglehead” on the barrel breech facet and a sharp matching date ?1862″ on the barrel tang. Two leaf rear sight and screw type barrel bands. Sling swivels at the trigger guard and the upper band.Black walnut stock. Remanence of cartouche marks opposite of lock, “U.S. / 57” marked on heel. Scattered letter proofs on tang and other parts.Condition: Barrel bluing has worn away to a pleasing mottled gray/brown finish, no signs of oxidation presently or past. Lock, hammer and tang show strong bluing with wear on the edges. Wood has been lightly sanded and coated with some clear coat. Bore looks good. Mechanically strong and excellent.
Barrel Length: 40″
Serial: NSN
Manufacturer: Colts Patented Firearms M
Year: 1862
Caliber: .58
Model: 1861 Special Contract 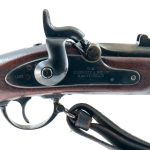 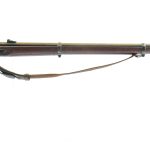 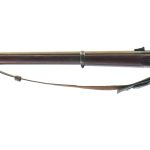 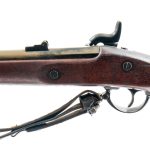 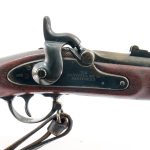 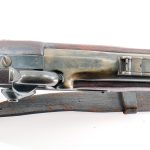 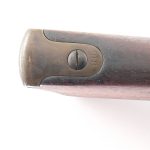 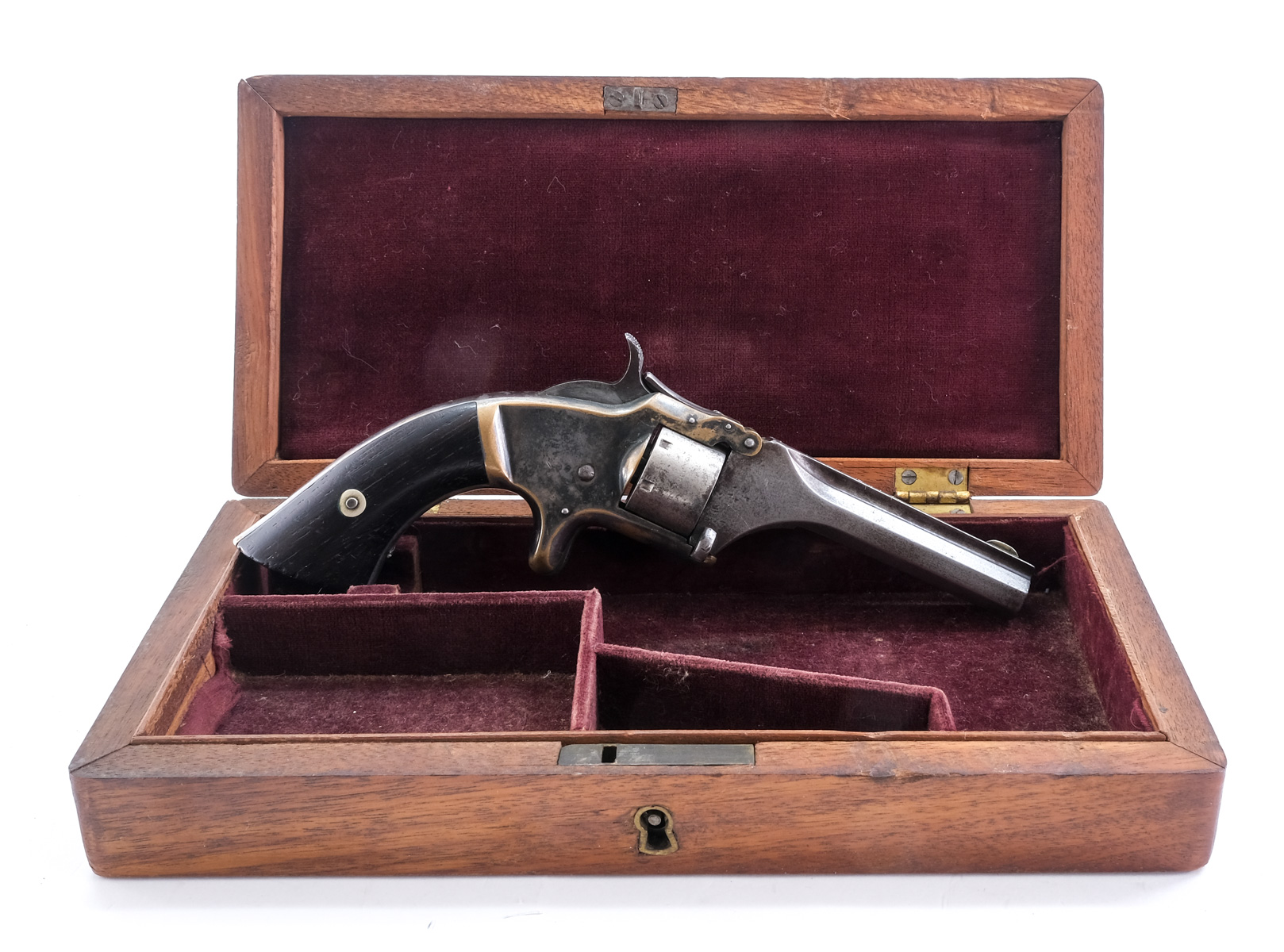 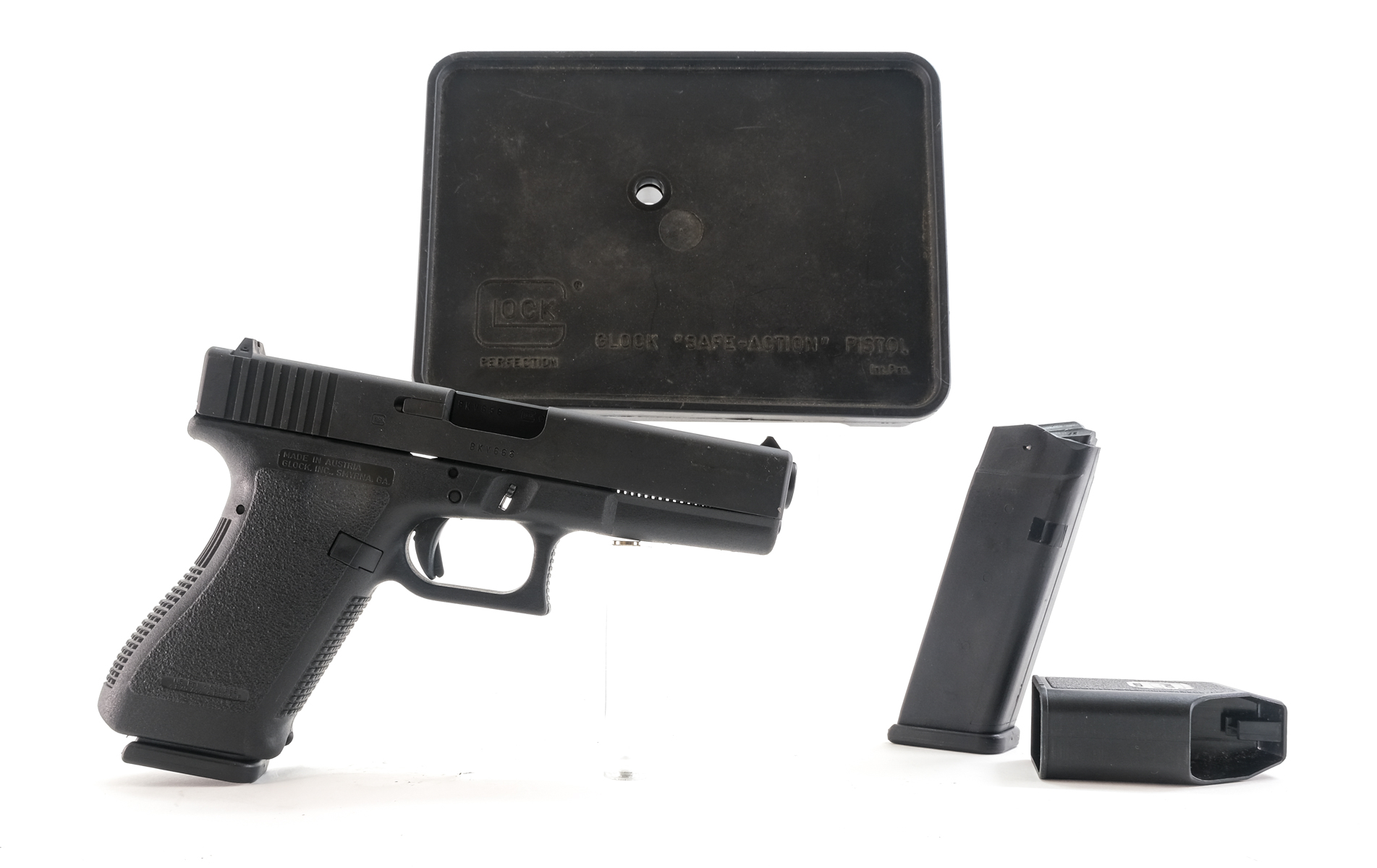