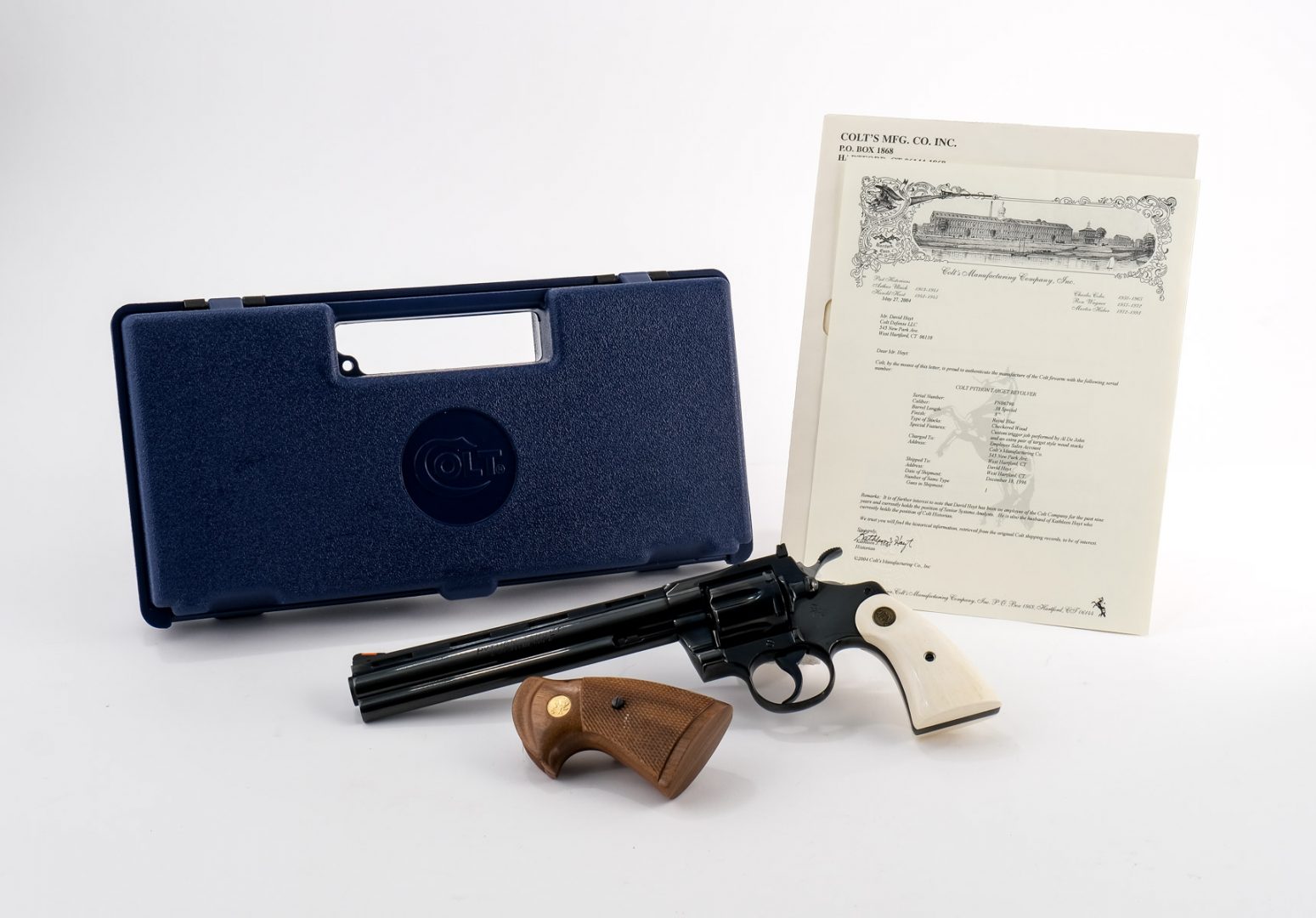 From the Hoyt collection we have an exceptional Colt Python Target revolver chambered in .38 Special. This 8″ barreled revolver with serial number PN06790 dates to 12/18/1996 as indicated on the Hoyt letter that is included. This is finished in Royal Blue and faux ivory grips with Colt Custom medallion. This has had a custom, factory trigger job performed by Al De John. Included is an additional set of target style, hardwood and checkered grips. The Python Target was a LIMITED PRODUCTION revolver originally manufactured from 1980 to 1982. This example was special ordered and produced from existing parts for David Hoyt. This example is the documented, LAST PYTHON TARGET model produced by the Colt company. Condition: This is in like new, unfired condition and includes an original Colt hard plastic case. 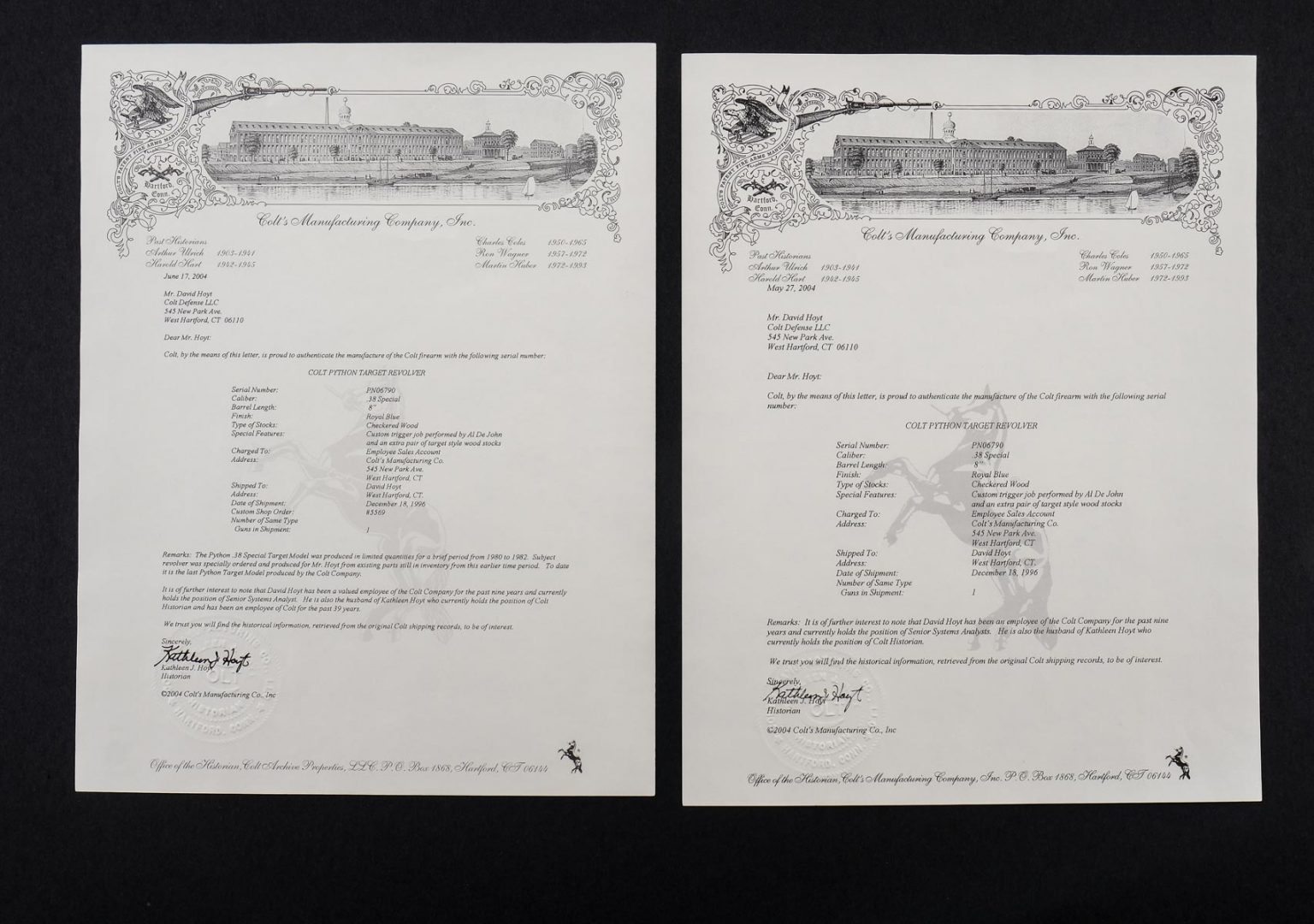 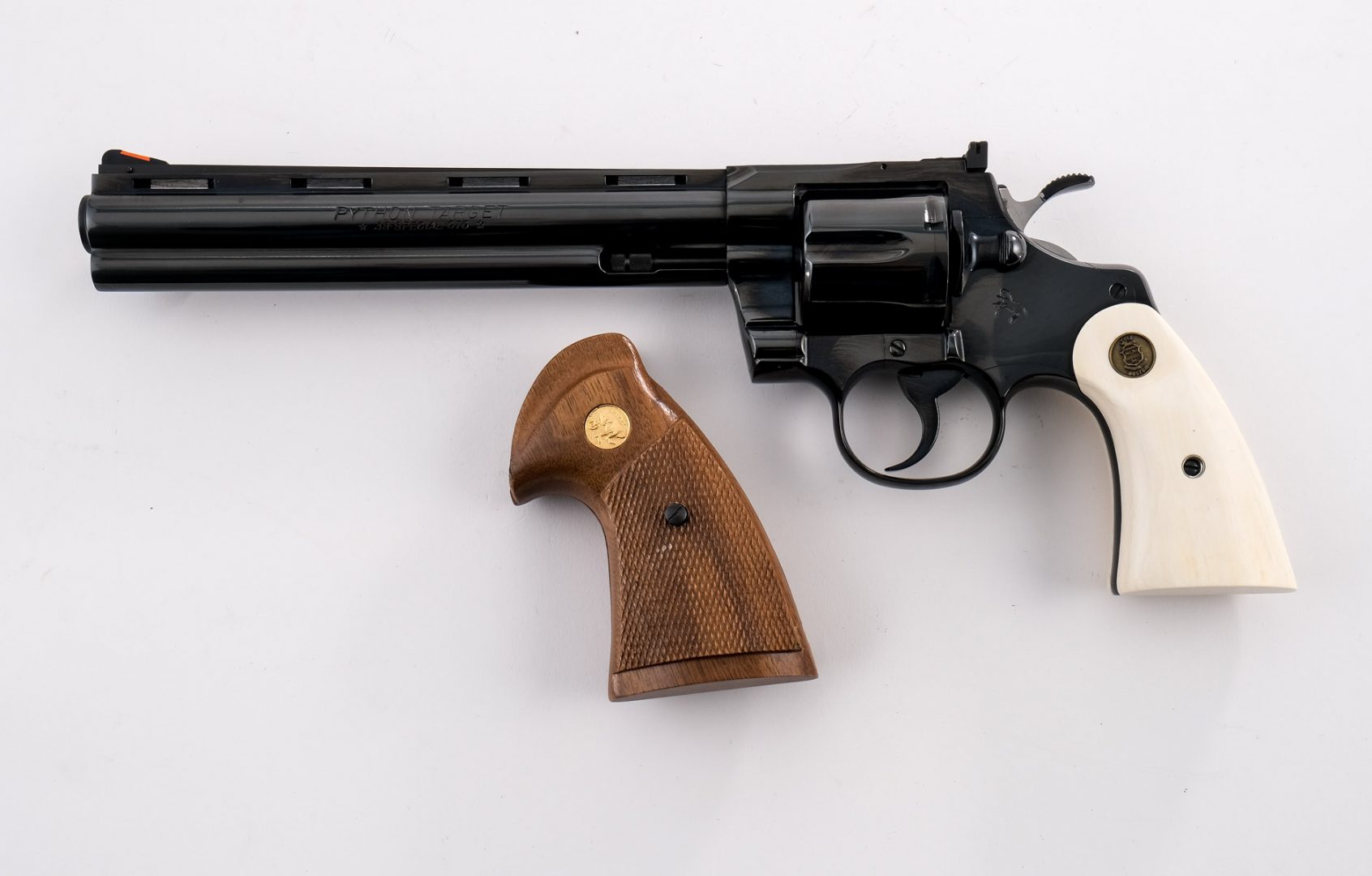 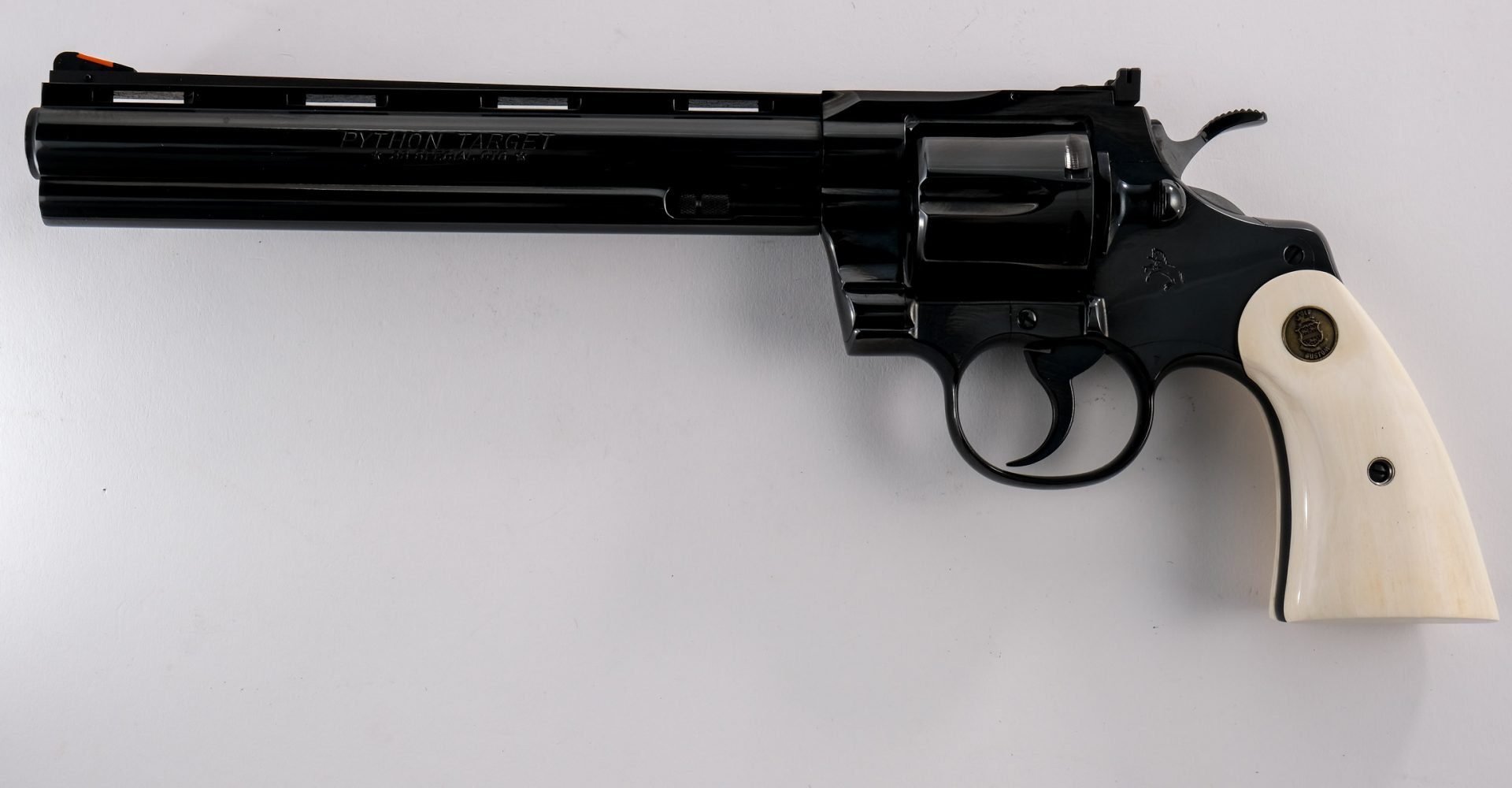 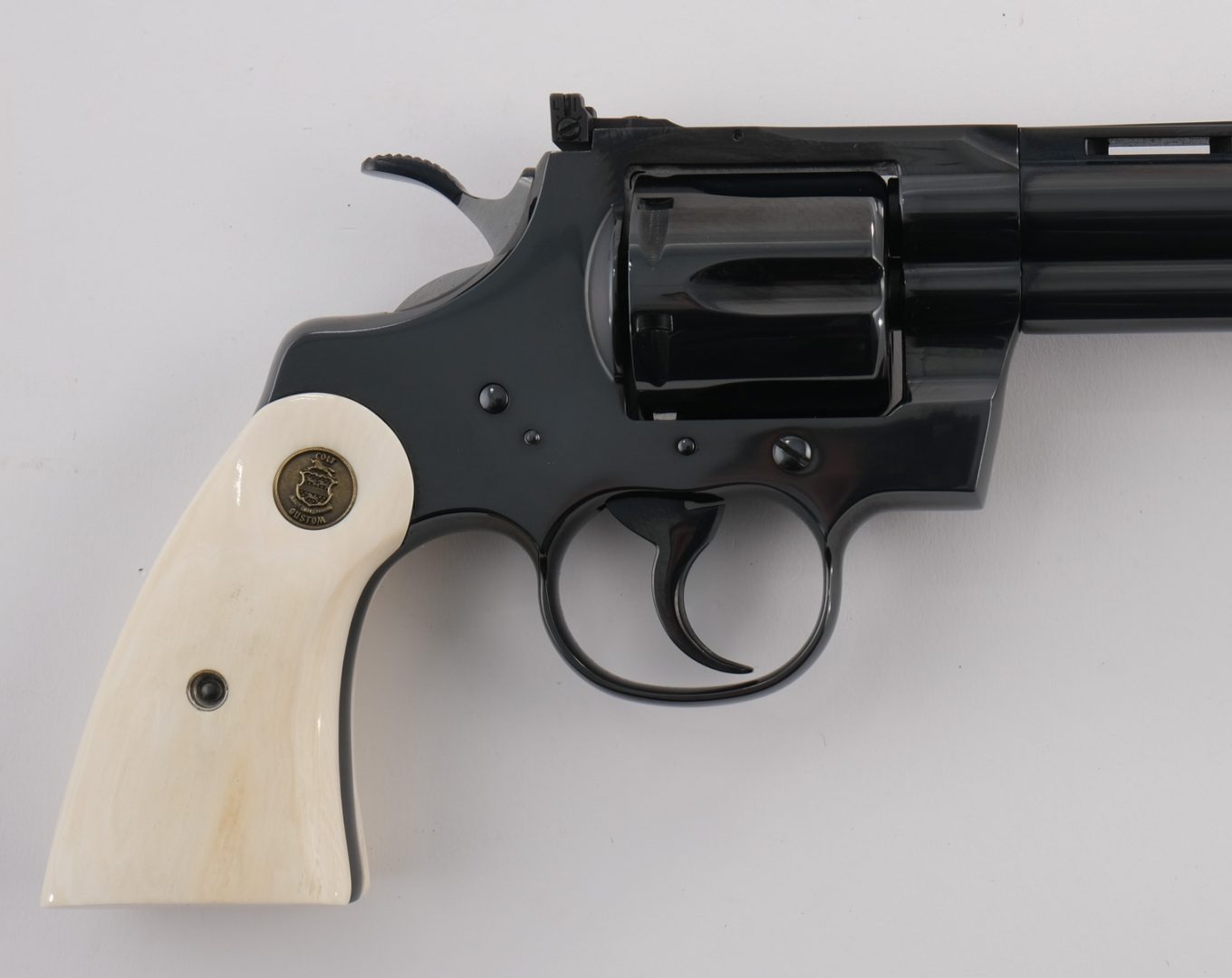 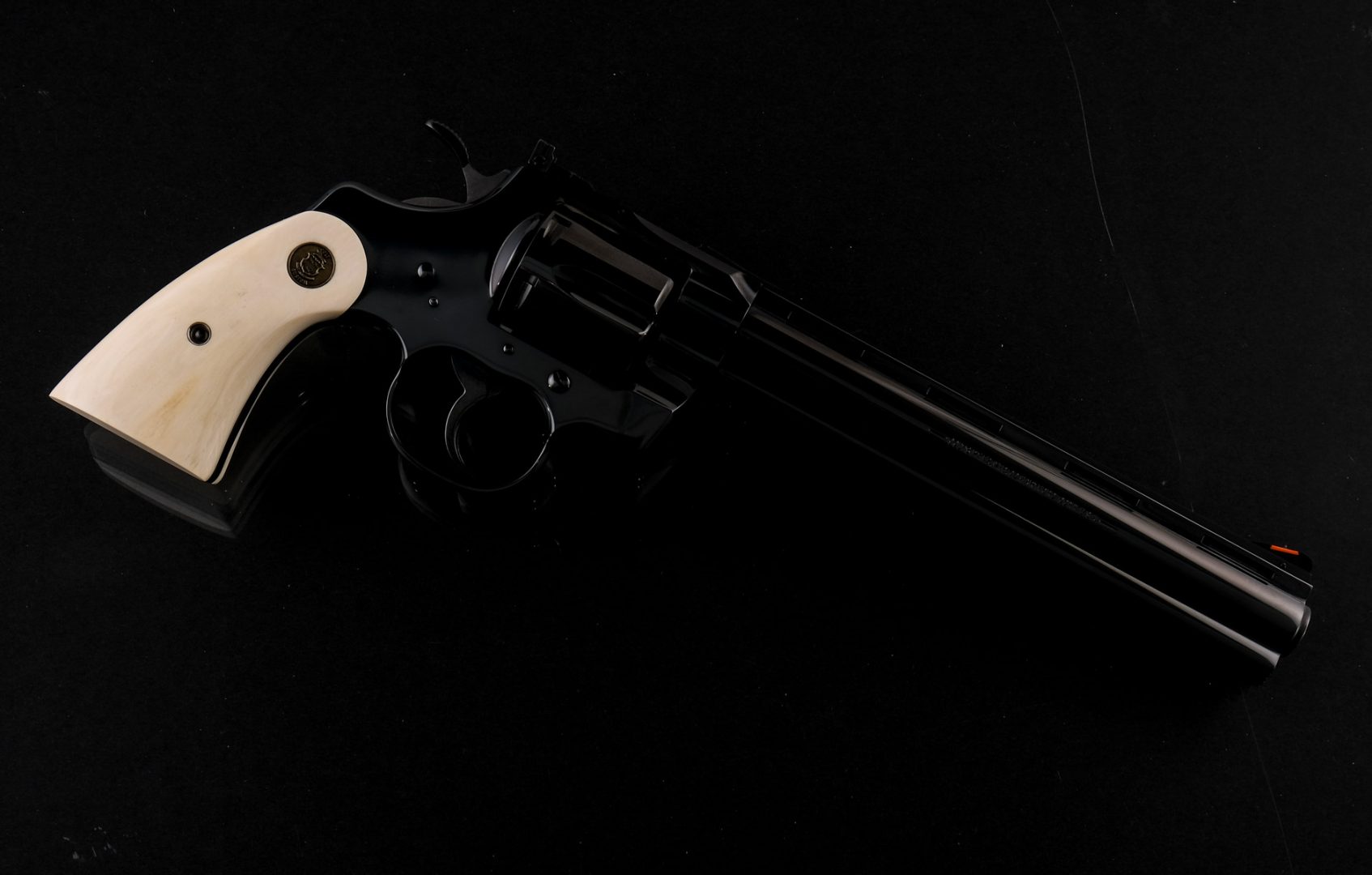